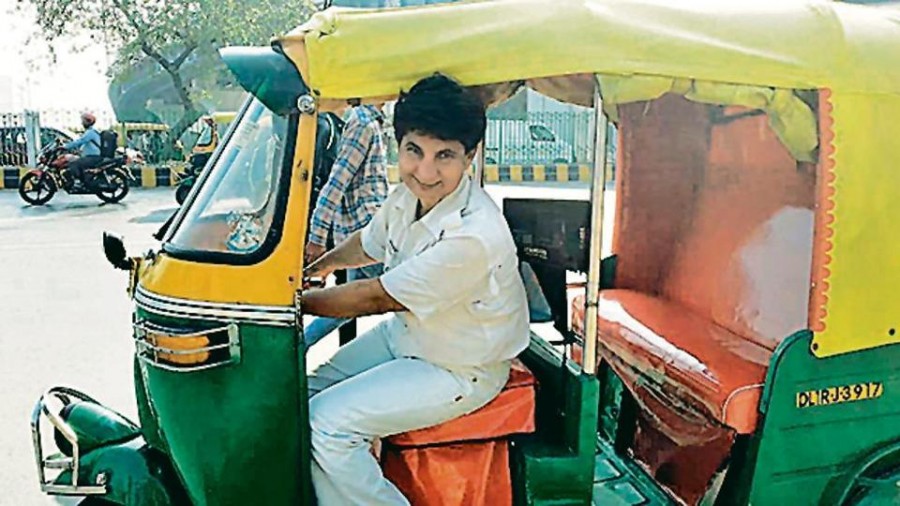 Delhi’s first woman autorickshaw driver, 40-year-old Sunita Chaudhary, was robbed of Rs 30,000 in cash on Tuesday in Ghaziabad. Ironically, she was targeted while she was in an autorickshaw.

The money she had lost was meant to fund her new autorickshaw after her previous one had already completed 15 years on the road and had to be replaced.

Chaudhary was returning home in Delhi from her native village in Meerut when the incident happened. She had deboarded a bus at Mohan Nagar and was heading to Anand Vihar.

“At Mohan Nagar, an autorickshaw arrived with two male passengers in the rear seat and one in front with the driver. I asked the driver to drop me off at Anand Vihar. We agreed on a Rs 20 fare. The passenger seated with the driver was made to sit with us on the rear seat. I was told to keep my bag behind. Going ahead, the auto suddenly stopped near Vasundhara. The driver told that there was some fault in the engine,” Chaudhary said.

“I also got off the auto and tried to help out,” she said. “After several minutes a passenger on the rear seat handed me my bag and asked me to take another auto instead. I stood on the roadside and started looking for another autorickshaw. Soon, the driver got the autorickshaw running again and drove away suddenly without asking me to board.”

She said she was surprised at this turn of events. “I checked my bag and found that the packet with Rs 30,000 cash was missing. I tried to give chase with another passing vehicle stopping to help me, but they had fled using the bylanes,” she added.

The victim later called police for help and was provided with food and fare to reach her house at Khirki Extension in Delhi. Based on her complaint, the Sahibabad police registered an FIR under IPC section 379 (theft) at Sahibabad police station.

Police said the modus operandi was not unknown in the area, although this time there was no violence.

In March, there were at least four cases by auto gangs who robbed passengers, including women, during the journey.

“The gangs in previous cases resorted to violence with passengers. They were arrested. This could be some new gang and fled with cash from woman’s bag. We have registered an FIR and also trying to trace them from any CCTV footage available. Inquiries will also be made with local auto drivers,” said Shlok Kumar, superintendent of police (city).

Chaudhary, who is divorced, had been earning her livelihood driving autorickshaws for the past 15 years.

“I had deposited all my savings to my bank account and took it out before coming to Delhi. I have a commercial licence and was planning to get a new permit by depositing Rs 10,000 as security and later buy an autorickshaw. Now I am left with no option but to hire an auto on daily rent of Rs 300 and earn livelihood. It is difficult nowadays to get rented autos,” she said.