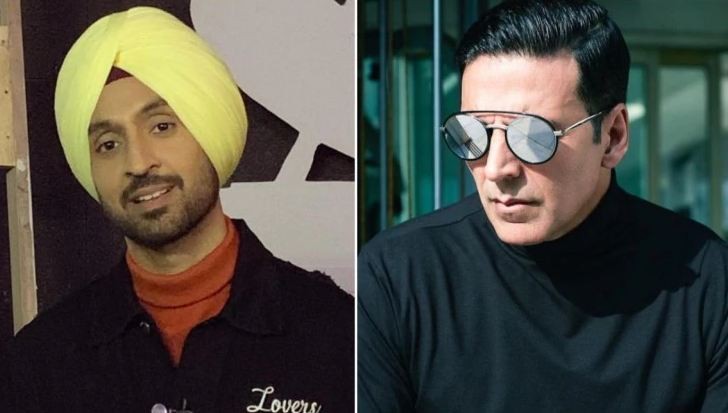 Diljit Dosanjh, who will share screen space with Akshay Kumar in Raj Mehta's Good News, revealed that he has lost many bets to the star. During a media interaction in Delhi, he said, "Main shart haara hoon, paise bhi haara unse. Aur woh le bhi lete hai paise aapke. Mere sar pe paise chadh gaye hai thode, jo maine unko dene hai. (I have lost bets to him and money too. And he actually takes the money from you. I actually owe him some money.)"

Somehow, Akshay always ended up winning the bets. Diljit even tried to make his friends make the bets in his place, hoping that they have better luck than him, but to no avail. "Woh shart lagate hai kaafi. Habit hai. Pata nahi, har baar wohi jeet te hai shart mein. Maine toh apne doston ko bhi mauka diya. Maine kaha, 'Tum khel lo bhai, meri taraf se, shayad tum jeet jaoge.' Mere sar pe paise chadh gaye hai. (He has a habit of betting quite a lot. I don't know how, but he always ends up winning the bets. I even asked my friends to place the bets for me, in the hope that they might win. But I ended up owing him money)," he revealed.

Even though Akshay is a huge superstar, he is extremely punctual and has a solid work ethic. "Woh baat mujhe cute bhi lagti hai ki itne bade superstar hai woh, aur time ke punctual. Gaadi se utare, aur seedha set pe. 1.30-2 baje tak finish ho jaati thi shooting dopahar ko. Phir aisa hota tha ki, chalo ab, aaj hum agle din ki bhi shooting kar lete hai, agar yeh hi scene hai. Toh ek chutti mil jayegi. Waisa kiya humne, 5-6 din pehle finish kar diya shoot. (I find it very cute that he is such a big superstar, but so punctual. As soon as he gets out of the car, he is on the set. We used to finish shooting by 1.30-2 in the afternoon. Then it was like, let's finish the next day's shoot as well, if the scene is the same. We will get one holiday. We did that and ended up finishing the shoot 5-6 days early)," Diljit said.

Helmed by debutant director Raj Mehta, Good News also features Kareena Kapoor Khan and Kiara Advani. Akshay and Kareena will play a married couple trying to have a baby, while Diljit and Kiara will be seen as a younger couple. The film will hit the theatres on December 27.