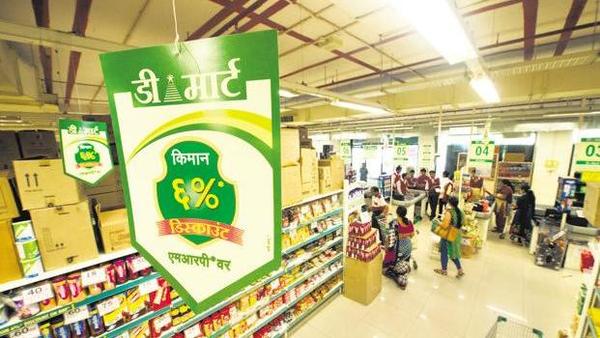 Shares of the retailer that runs the DMart supermarket chain have dropped as much as 22% since the beginning of this calendar year. That’s stands out remarkably in comparison to the 2.5% gain in the Nifty 100 index. Concerns about competition, high valuations and declining profit margins are some reasons that have weighed on the sentiments for the DMart stock.

March quarter results announced on Saturday show earnings before interest, tax, depreciation and amortization (Ebitda) margin has declined again. On a year-on-year basis, Ebitda margin has contracted by 25 basis points to 7.48%. The measure has declined by 84 basis points compared to the December quarter, which tends to be better due to seasonality.

One basis point is one-hundredth of a percentage point.

But, and this is an important but at that. The worry on margin may well continue. “Given the intense competition from Reliance Retail, Big Bazaar, Big Basket, and lately Amazon and Flipkart, DMart’s gross margin is likely to remain under pressure since EDLP continues to be its mainstay," point out analysts from Edelweiss Securities Ltd in a report on 11 May. DMart follows the everyday low price (EDLP) strategy. The company’s Ebitda margin has declined year-on-year for three consecutive quarters now. To be sure, DMart’s March quarter Ebitda margin isn’t a big surprise considering analysts were already expecting the measure to decline.

Still, for investors, this means triggers for outperformance are few and far between also given that store additions haven’t been exceptional. DMart usually adds more number of stores during the March quarter and they added 12 more stores last quarter. However, this is not impressive even for its management. “Store additions were below our expectations, we could have done better," said Neville Noronha, CEO & managing director, Avenue Supermarts in a press statement. DMart’s total store count at the end of last financial year was 176 stores.

Overall, DMart’s revenue and net profit for the March quarter increased by 32% and 21%, respectively.

Despite the underperformance in DMart shares so far in 2019, it’s not as if valuations are mouthwatering. The DMart stock currently trades at 62 times estimated earnings for this financial year, based on Bloomberg data. Sure, same store sales growth at 17.8% for financial year 2019 is encouraging. However, with profit margin outlook remaining muted, investors may need more to extend those brownie points.