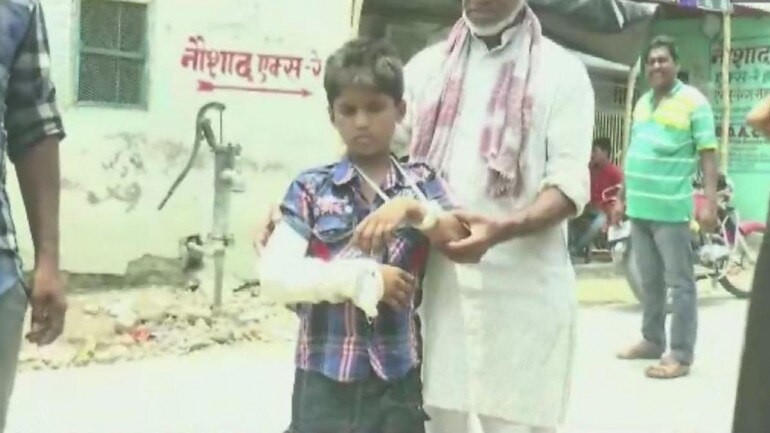 A shocking case of negligence came to light on Wednesday from the biggest government hospital in Bihar's Darbhanga.

An injured boy came to Darbhanga Medical College and Hospital (DMCH) on Monday with a broken left arm seeking urgent treatment. However, a highly negligent doctor plastered his right arm instead of his broken arm.

The boy, Faizan, who is a resident of Hanuman Nagar, broke his arm after falling from a tree.

This happened despite the X-ray result clearly showing that the boy's left arm suffered a fracture. When the doctor was plastering Faizan's arm, he tried to tell him that he was treating the wrong arm, but the doctor ignored anything that he said. Even the prescription by a doctor said that it was the boy's left arm that was fractured.

Faizan's family complained to hospital superintendent Raj Ranjan Prasad, who saw the child and admitted the mistake. He took the full responsibility of the incident and sought a clarification from everyone involved.

"This is utter negligence. We were not even provided a single tablet by hospital. Investigation should be done," Faizan's mother said.

The hospital administration assured the family that the hospital would take action against the people for the negligence. They also said that they have sought a reply from the state's health minister Mangal Pandey.