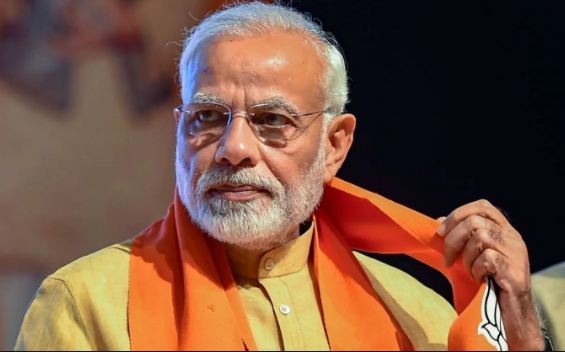 Prime Minister Narendra Modi on Tuesday tied the bill to ban Triple Talaq to women's empowerment and said the Congress, which missed the bus twice to bring about gender equality, should not be an impediment. The flagship bill, which lapsed in Rajya Sabha last time due to opposition from the Congress and other parties, has been re-introduced in parliament this session.

Accusing the Congress of missing ground realities because it "flies high", the Prime Minister said it missed the opportunity in the '50s to establish a uniform civil code and "instead, went ahead with the Hindu Code Bills".

Thirty-five years later, in the 1980s, it got another chance through the Shah Bano case, he said. "Even the Supreme Court helped, and there was an atmosphere of gender equality across the country. But they were riding high and couldn't see the ground realities. They again missed the opportunity," he said.

"Today, 35 years later, the Congress once again has the opportunity. We have presented a bill (Triple Talaq) for the dignity of women. There is no need to link it with any community," he said.

As his final argument, he recounted reports about a Congress minister, who, when the Shah Bano case came up, said, "it is not the responsibility of the Congress to uplift Muslims. If they want to lie in the gutter, let them be".

The BJP contends that the Congress is interested in the Muslims only as a votebank. Amid cries of "shame" from the opposition, PM Modi laughingly said the leaders need to worry, he would provide YouTube links to back up his comment.

The Congress is not the only party that opposes the bill, which provides for a three-year jail term for any Muslim man who divorces his wife instantly by uttering "Talaq" thrice.

Most parties are against the provision of jail term for the husband. They contend that a penal provision cannot be introduced in a domestic issue that's civil in nature. The bill, in its current form, would end up victimising Muslims, they say.

The government maintains a law against Triple Talaq would stop victimization of the women and give them equal rights. Union Minister Prakash Javadekar said the proposed law is part of the government's motto of "Sabka Saath, Sabka Vikas, Sabka Vishwas".

But the government is still a minority in the Rajya Sabha and needs support to pass such contentious bills. Ahead of the session, the Prime Minister had reached out to the opposition, emphasising that now that the elections are over, the focus should be on serving the people. He sent out the same message today, saying "Who won, who lost -- to see an election like this cannot be a part of my ethos".