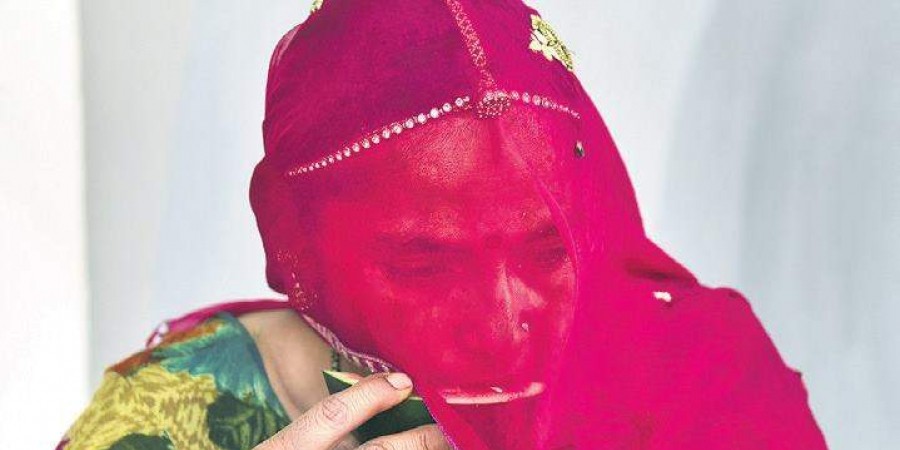 People in Rajasthan are suffering dual distress this summer, with a heatwave pushing temperatures to 45 degrees Celsius or more in 15 districts of the state, and scarcity of drinking water adding to the woes.

Nine districts in the state are suffering from drought this year. Depleted groundwater has meant that eight cities and towns are receiving water supply only once in four days. More than 3,000 villages are being supplied water by tankers.

Long queues to get water from tube wells can be seen in many places, and some people are putting their life in danger by going into wells to fetch water. Bharatpur district is one such place.

“We have been asking for Chambal project’s water for long. Our girls have to go and bring water daily. Even the outer areas of the city are facing water shortage, but none of our leaders are paying attention”, said Devendra Singh, a resident of Gandhinagar colony.

In the border district of Barmer, Shiv Ramsar and Chaouthan are facing acute water shortage.

The government is sending water tankers, but they arrive only once a week. People fetch water from other places, which consumes most of the time of the day.

In Jodhpur, there have been protests by people demanding a solution to their water woes. Water is reaching these places once every four days through tankers. Rajendra Janu , president of Rajasthan Sarpanch Sangh, said the water scarcity was acute in the western part of the state.