Education / ECA trials for DU admissions kick off, 45% turn up on Day 1 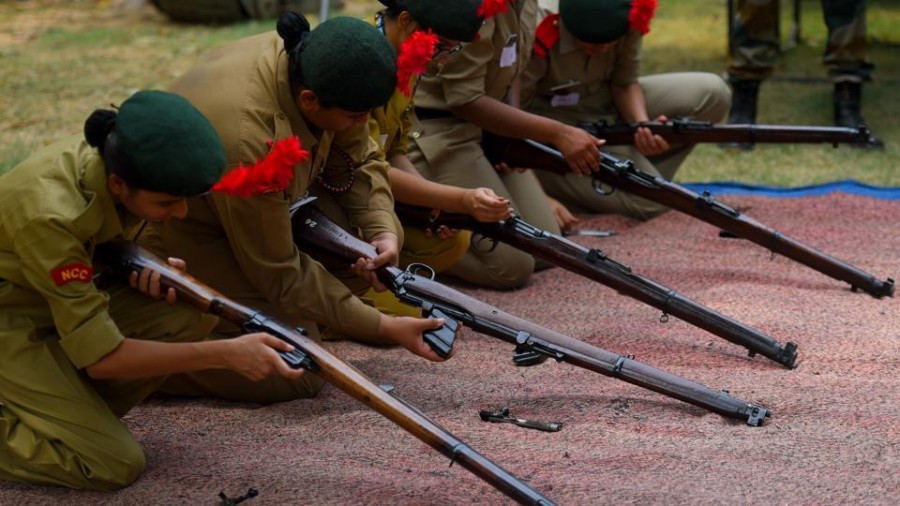 The race for undergraduate admissions at Delhi University (DU) colleges through the extra–curricular activities (ECA) quota kicked off on Tuesday. On the first day of the preliminary trials, 40-45% of the registered candidates turned up to showcase their talents in disciplines such as debate, theatre, music, dance and national cadet corps (NCC).

The university had on Tuesday slotted 70 to 100 candidates each in two shifts—morning and evening —for the preliminary round trials in these disciplines. The candidates were selected by the admission committee after scrutinising their certificates. “Around 40% to 45% of candidates participated in the preliminary rounds for debate, theatre, music, dance and NCC on Tuesday. The trials will go on till July 5 and then a list will be released for the final rounds of trials,” a member of the admission committee, who did not wish to be named, said.

Throughout the day, the candidates were seen waiting for their turn to perform during the trials. Many of them were accompanied by their parents. At Miranda House, Piya Tandon (18), took part in the theatre trial. “My slot was in the morning session but there was little clarity over timings. So, I was late. However, the judges allowed me to perform in the second session,” she said. Tandon, a resident of Gurgaon, wants to study Psychology (Hons) in DU.

Some students, however, had a tough time as they struggled to participate in two trials on the same day. For instance, Srishti Grover(18) on Tuesday took part in the trials for theatre and debate. She said that she could not give her best effort in both the trials. “I had attended the trial for debate in the morning and it went well. However, I could not perform the same way in the trial for theatre,” she said.

Meanwhile, some outstation students and their parents complained of not receiving information about their slots on time. Ashit Kumar Gupta, a resident of Bihar’s Katihar, was present outside Daulat Ram College where his daughter was participating in the trial for Indian music vocals. “We got to know about our slot only last night. The university should make some provision to send a text message or mail to the applicants informing about their slots on time,” he said.

Shalini Baxi, coordinator, ECA admissions, said DU has made provision for outstation students. “In case, outstation candidates have a trial slotted on the first two days and are unable to reach the venue for trials on these dates, they can reach the trial venue by June 27 and contact the registration desk. They will be allowed to participate. This option is not available for Delhi NCR residents,” she said.

Among all disciplines, competition is highest in NCC which has received the highest number of applications. As many as 3,198 candidates have chosen NCC while applying under the ECA quota. This implies around 50 students will compete for a NCC seat. Similarly competition is tough in English debate and quiz in which 37 and 59 candidates are competing for one seat, respectively.

For ECA, candidates will have to appear in trials at two levels— preliminary and finals. 75 marks will be given based on trials and the remaining 25 on certificates submitted by the candidates.