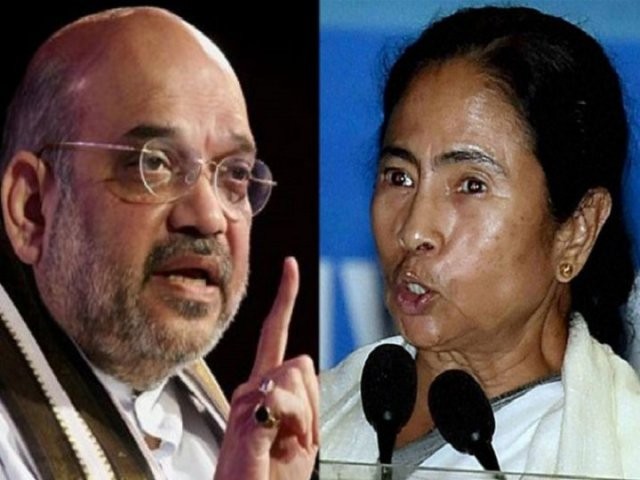 A day after Amit Shah was denied permission to hold a rally in West Bengal's Jadhavpur on Monday, the Bharatiya Janata Party (BJP) chief will showcase his strength on the road of Kolkata today. He will kick off his roadshow from the grounds of Shaheed Minar at Dharmatalla in Kolkata today, which will further end at Vivekanand House. It is believed that from several days, the BJP has been preparing to turn this roadshow into a mega roadshow for which many of the BJP's senior leaders from different parts of the country have been called to Kolkata.Union Petroleum Minister Dharmendra Pradhan, Mahesh Sharma, Ajay Tamta, General Secretary Anil Jain, MP Rakesh Sinha, Hemant Vishwesharma and Sunil Deodhar have already reached the state capital for the preparation of road shows. On Tuesday, many more senior leaders along with Smriti Irani are coming to Kolkata.

Shah's rally was scheduled for Monday in Jadhavpur, which goes to the polls on May 19 in the last phase, but the permission for it was denied at the last minute by the state administration, BJP media head and Rajya Sabha MP Anil Baluni told yesterday. He alleged the ruling party in Bengal was using undemocratic means to target the BJP.'Besides, the permission for a poll meeting by Uttar Pradesh Chief Minister Yogi Aditynath in the city was also cancelled on Monday after the permission for it was withdrawn by the local administration.Accusing the West Bengal government of "replacing democracy with dictatorship", the BJP said the Election Commission has become a "mute spectator" to the Trinamool Congress's alleged undemocratic means to target the party.The TMC, however, rebutted the allegations claiming that the BJP had cancelled Shah's rally fearing a low turnout. It made no comments on Adityanath's rally.

Nine seats will go to polls in the last phase of the general election.