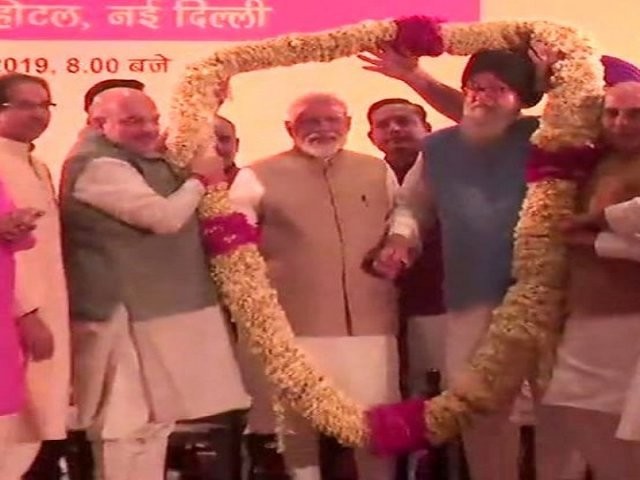 BJP chief Amit Shah hosted a dinner for leaders of NDA allies on Tuesday that was attended by top leaders including Prime Minister Narendra Modi, Bihar Chief Minister Nitish Kumar and Shiv Sena supremo Uddhav Thackeray among others.The dinner was followed by a meeting in which nearly two dozen allies facilitated Prime Minister Modi. All NDA partners came one after another and felicitated him with a shawl.

Modi expressed concern over the "needless controversy" created by the Opposition over EVMs at the meeting of NDA leaders, even as the ruling alliance laid out its agenda for the next five years if it is elected to power again.