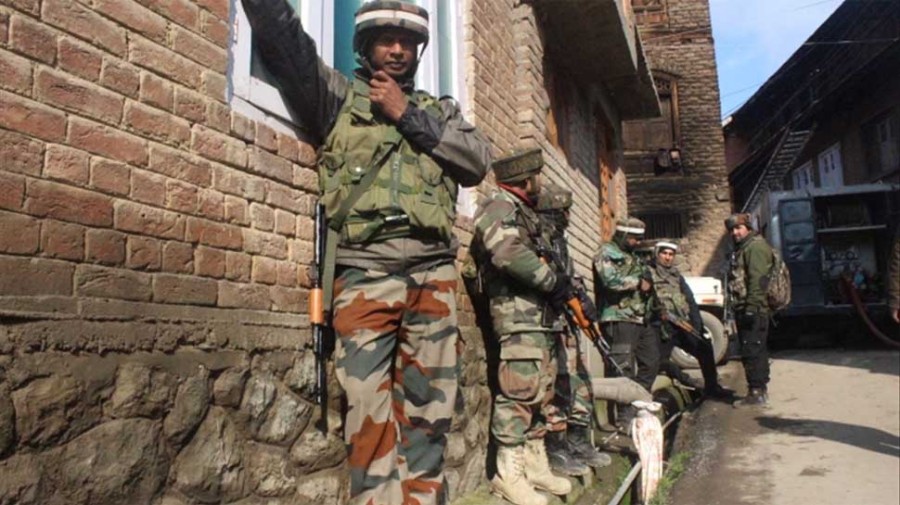 A total of three terrorists were killed during a joint operation of the Indian Army, the Central Reserve Police Force (CRPF) and the Jammu and Kashmir Police in Pinglish area of Tral in south Kashmir's Pulwama district on Sunday. The encounter started at around 3:55 pm and continued till 10:30 pm. Mudasir Ahmed Khan, alias 'Mohd Bhai', one of the masterminds behind the February 14 Pulwama terror attack.

The joint security forces launched a search operation following intelligence inputs on the presence of terrorists in the area. During the search operation, terrorists opened fire. The forces retaliated the firing, triggering an encounter, a police official said. Search and combing operations continued on Monday.

Two AK-47 rifles, a pistol and other incriminating material have been recovered from the spot. A case has been registered in the matter.

Twenty-three-year-old Khan, a lesser known Jaish-e-Mohammed terrorist, hails from Mir Mohalla of Tral and worked as an electrician.

According to news agency PTI, Khan pursued a one-year diploma course as electrician from an industrial training institute (ITI) after completing his graduation.