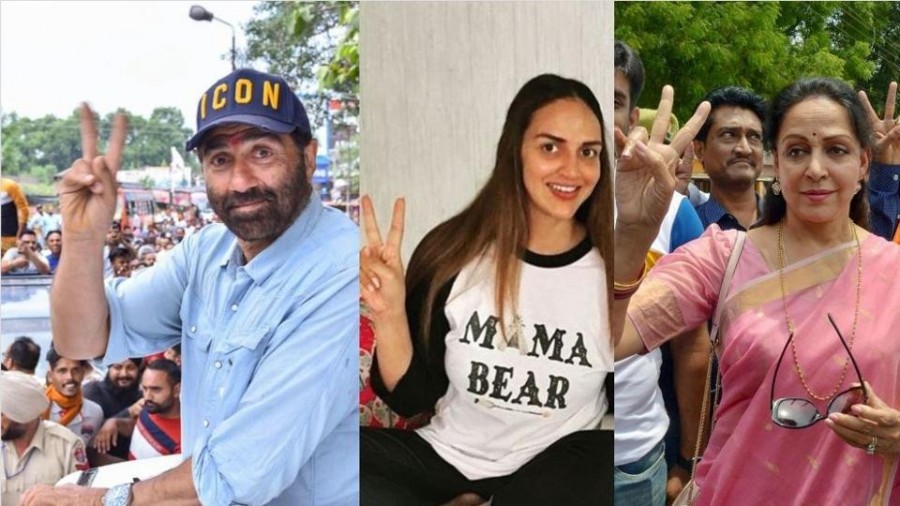 Actor Esha Deol congratulated not just her mother Hema Malini but also her stepbrother Sunny Deol on their victory in the Lok Sabha elections. While Sunny won from Punjab’s Gurdaspur, Hema won by a thumping majority in Uttar Pradesh’s Mathura by over 2.9 lakh votes. Actor Dharmendra had also joined them in their respective poll campaigns.

In another tweet, Esha wished all the BJP members for their big win. “Congratulations @narendramodi @PMOIndia @BJP4India @dreamgirlhema @iamsunnydeol so proud of the victory what a Jeet #LokSabhaElectionResults,” she wrote.

Esha Deol is expecting her second child with husband Bharat Takhtani. They have a daughter Radhya together. She had shared pictures of her baby shower earlier this month. It was also attended by her sister Ahana Deol who has a son named Darien with husband Vaibhav Vohra.

Talking about her granddaughter Radhya, Hema had told DNA in an interview, “Lipstick nikaal nikaal ke mere haathon mein lagati hai, she wants to even put it on my face. When I’m doing my make-up in the morning, she must sit on my lap. She also wants my purse. It is because of her that I’m carrying a small one. I also remind myself to keep the purse super-light.”