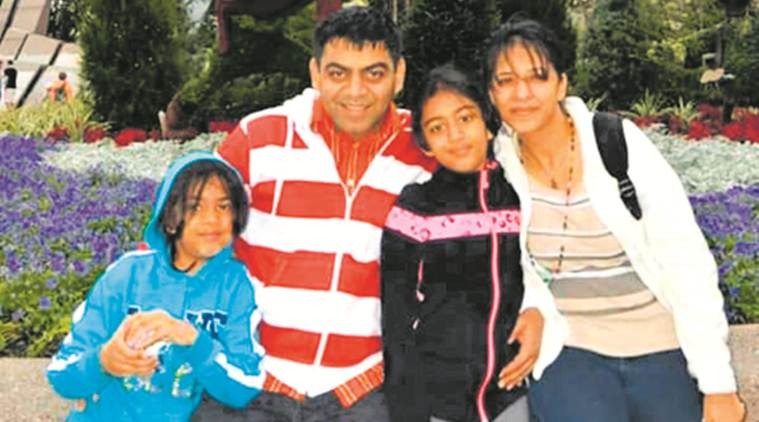 Six family members of a retired banker of Surat, who were in Canada, died in Sunday’s plane crash at Addis Ababa in Ethiopia. Virendra Dixit said that the entire family of his Toronto-based son, Prerit Dixit, his wife and two daughters, died in the crash. The six of them had been on a tour of Africa. The parents of Prerit’s wife were also among the dead. Ethiopian Airlines flight ET302, which had 149 passengers.

Prerit Dixit, 43, a former resident of Udhna Magdalla road in Surat went to Canada after completing his graduation in Microbiology from Surat and started working as lab technician in a private laboratory in Toronto city. He married Kosha Vaidya 16 years ago and had two daughters Ashka, 15, and Anushka, 13. Kosha had been living with her brother Manan Vaidya in Toronto before her marriage to Prerit.