Technical / Facebook Brings ‘View As Public’ Feature Back to its App 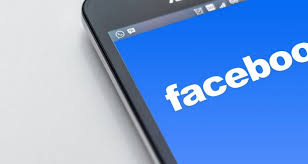 To make it easy for people to manage their publicly visible information on Facebook, the social media giant is restoring the "View as Public" feature it had disabled last year owing to a major security flaw.

The feature helps users view their profile from the perspective of someone they aren't friends with.

It also makes it easier for users to manage what information does or doesn't get displayed on the public-facing version of their profiles"Today, we're making it easier for people to manage their publicly visible information on Facebook with two updates:

(1) we're bringing back the 'View As Public' feature and (2) we're adding an 'Edit Public Details' button directly to profiles," Facebook said in a tweet on Tuesday.Last September, Facebook had disabled the feature after a security flaw that allowed an attacker to steal access tokens for over 50 million accounts by exploiting a related feature.

Stolen tokens can allow hackers to break into accounts.

In order to address the issue, Facebook was forced to make over 90 million users log back into their accounts to ensure that they were secure.This version was unaffected by the security incident and was significantly more popular than "View as Specific Person".

The "View as Specific Person" feature was responsible for the security flaw and is not being restored at this time.