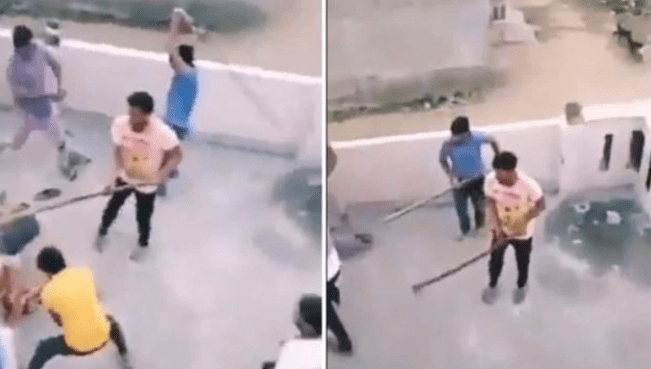 Eleven persons of a family were injured after an argument over playing cricket escalated into a brawl in a village under Bhondsi on Thursday evening. The police said that two persons sustained head injuries after a group of at least 15 people barged into a house in Bhoop Nagar village and assaulted the family with sticks and rods, allegedly in retaliation to an attack on a member of their group.

The police said that the injured family members and the suspects are all aged 18 to 24, adding that some of them were inebriated on account of Holi festivities. On Friday, the injured men were discharged from the hospital and the police described their injuries as ‘non-threatening’.

A video of the incident was shared multiple times on Friday on Twitter, with certain users commenting that it was a communal dispute between the groups of Hindus and Muslims, calling it ‘an attack by the mob’. The police, however, denied any communal strife leading to the alleged dispute, maintaining that “a minor argument” between two groups of people over playing cricket had led to the violent attack.