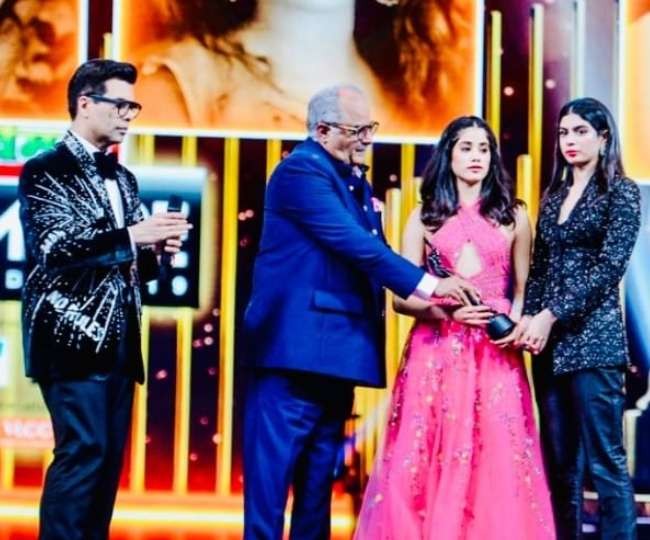 Arguably one of the biggest awards nights for the Hindi film industry, the 64th edition of the Filmfare Awards was held on on 23 March in Mumbai. From Ranbir Kapoor and Alia Bhatt's posing with their respective Best Actor trophies to Vicky Kaushal's tribute to Amitabh Bachchan, here's a look at the best moments from the night.

Alia Bhatt and Ranbir Kapoor sent fans into a frenzy when they publicly declared that they have been dating. Alia, who bagged the Best Actress trophy for Raazi, had the audience erupting with thunderous applause as she confessed her love for Ranbir in her acceptance speech, saying "Tonight is all about love; there, my special one, I love you!". Neetu Singh also shared a picture of the duo posing with their respective trophies on Instagram, congratulating them.

One of the most electrifying performances of the night was Vicky Kaushal's tribute to Amitabh Bachchan. Kaushal, who won the award for Best Supporting Actor (Male) for Sanju, grooved to the megastar's most popular numbers, 'Main Ho Don' and 'Kajra Re'  from Bunty aur Babli. Shah Rukh, who portrayed Don in Farhan Akhtar's 2006 remake, also joined Kaushal on stage.

A segment of the Filmfare Awards was dedicated to late Bollywood legend Sridevi when she was posthumously conferred with the Lifetime Achievement Award. Janhvi Kapoor, Boney Kapoor and Khushi Kapoor collected the award on her behalf.

Janhvi Kapoor made her debut on the Filmfare stage with her energetic performance of Ghoomar and Kamariya. She was accompanied by Shah Rukh and Mouni Roy for her performance.

Ahead of Karan Johar's highly-anticipated drama Takht, the actors pulled an Ellen DeGeneres-at-Oscars by posing for a groupfie.