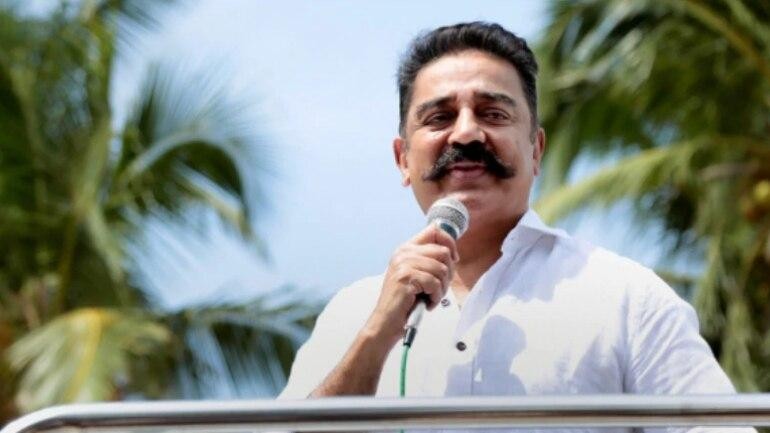 Kamal Haasan, the leader of Makkal Needhi Maiam (MNM), was campaigning in Avarakurichi with S Mohanraj, his party's candidate for the bypoll on May 19.

"I'm not saying this because there a lot of Muslims here. I said this in front of Gandhi's statue. The first terrorist of independent India was a Hindu," Kamal Haasan said, as he spoke to voters from a campaign van. "His name was Nathuram Godse."

"I've come to question that killing -- think about it that way," Kamal Haasan said.

"Good Indians," he added, wanted India to be equal and peaceful, and have "all three colours" of the tricolour.

Tamilisai Soundararajan, the BJP's leader in Tamil Nadu, said Kamal Haasan's remarks were "condemnable" and accused him of appeasing minorities.

"Standing amidst minorities in TN by-election campaign he is lighting a dangerous fire to gain votes by minority appeasement. Kamal didn't opine on recent Sri Lanka bomb blast, why?...But dares to take up [a] decades-old event which was well-enquired & guilty punished?" she tweeted.

Kamal Haasan tweeted about the attacks in Sri Lanka -- which were claimed by Islamic State and blamed on two little-known Islamist groups -- on April 21.

Tamilisai Soundararajan also brought up a 2013 controversy surrounding a ban on Kamal Haasan's film Vishwaroopam: "He threatened to leave India when his film screening was prevented by religious groups! But now he calls himself [a] true Indian!"