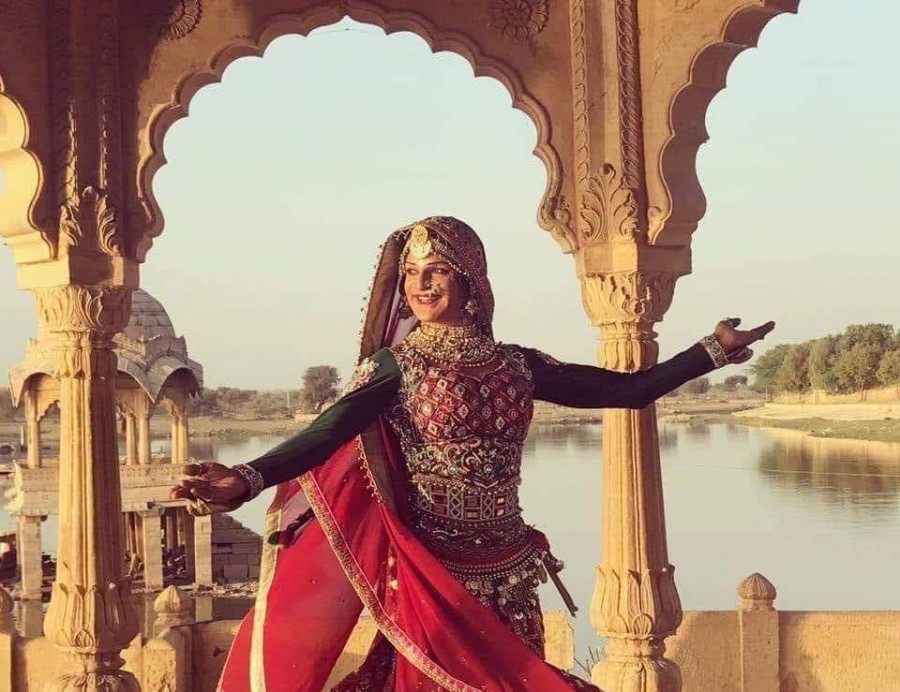 World fame dancer Queen Harish and three other folk artists were killed and five others injured in a road accident near Jodhpur in Rajasthan on Sunday morning.

The mishap occurred near Kaparda village on a highway in Jodhpur when the victims were on their way towards Ajmer from Jaisalmer in a SUV (Special Utility Vehicle).

"Their vehicle rammed into a stationary truck which left Harish, Ravindra, Bhikhe Khan and Latif Khan dead. Five others were injured in the mishap," Sitaram Khoja, SHO of Bilara police station said.

Their family members have arrived. Primary investigation reveals that Harish along with his team of folk artists was travelling in connection with an event, the SHO added.

Chief minister Ashok Gehlot has condoled the deaths of the artists.

"The death of four persons including the famous artist Queen Harish in a road accident in Jodhpur is very sad. Dedicated to the folk art and culture of Rajasthan, Harish gave a new identity to Jaisalmer with his different dance style. His death is a big loss to the field of folk art," Gehlot said.

A native of Jaisalmer, Harish Kumar was popularly known as Queen Harish and his shows comprising of various folk dance forms like Ghoomar, Kalbelia, Chang, Bhawai, Chari among others were very popular.

He had gained worldwide recognition for his folk dance skills.