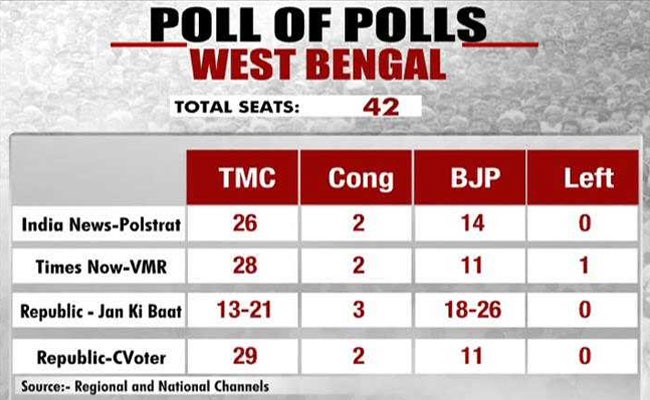 Exit polls have predicted an exponential leap in West Bengal for the BJP, which had won only two parliament seats in the state in 2014. This time it will win many more, the surveys predict, with one handing the party between19 to 23 of Bengal’s 42 seats.

Mamata Banerjee’s Trinamool Congress, which rules Bengal, is still projected to win the most Lok Sabha seats in the state, but no exit poll so far gives it a chance of winning the 34 seats it had won in 2014.

Times Now-VMR exit poll results suggest that the BJP is likely to improve its tally from 2 in 2014 to 11 in 2019. The TMC may register the victory in 28 constituencies, and the Congress in just two seats.