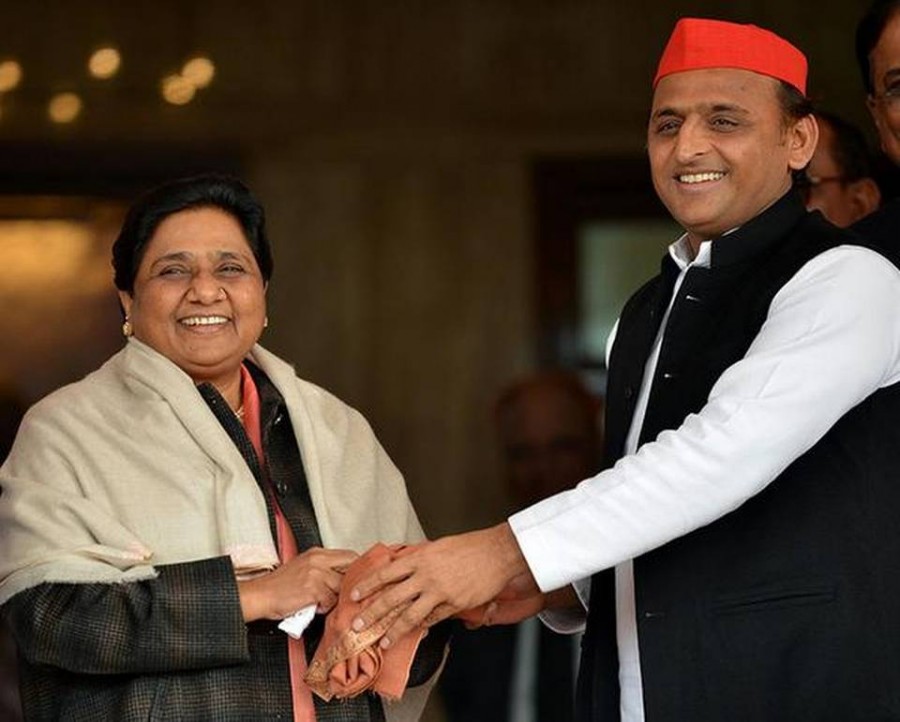 The future of the SP-BSP alliance in Uttar Pradesh turned uncertain on Monday after the BSP indicated that it was in the mood to contest on its own in the coming Assembly byelections to 11 seats.

Since BSP leader Mayawati is the first and last word in the party, her official silence added to the speculation.

On Monday, she held a review meeting in Delhi with the coordinators and office-bearers of Uttar Pradesh to analyse the outcome of the 2019 Lok Sabha election, in which the party won 10 out of the 38 seats it had contested.

Till evening, she was yet to issue a formal note on the meeting as is customary in the party.

While there was no formal announcement on the future of the alliance, sources said Ms. Mayawati had presented the assessment report that the alliance with the SP did not benefit the party much since the transfer of votes was poor, in particular of the Yadav community, the core vote of the SP.

A senior BSP leader, who attended the meeting, told The Hindu that the party would contest “all 11 seats on its own,” practically ruling out an alliance with the SP.

Ms. Mayawati also instructed her party coordinators and leaders to “strengthen the organisation in the 11 Assembly seats on a priority,” the BSP leader said, speaking on condition of anonymity.

However, there was no word on the future of the alliance or if contesting in the byelections alone meant it was the end of the road for the alliance.

SP chief Akhilesh Yadav told a public meeting in Azamgarh later that his party would fight for social justice together with the BSP.

Ms. Mayawati asked her colleagues to prepare to contest in the byelection to the 11 seats that fell vacant after the MLAs, including nine of the BJP, got elected to the Lok Sabha.

The BSP has in the past shied away from contesting bypolls and even in 2018, the Gorakhpur, Kairana and Phulpur seats were won on SP and RLD symbols as the three parties came together to stitch together an experimental understanding which was formalised in the 2019 Lok Sabha election.

A source said it was too early to dismiss the alliance. “It is too early to say it’s over unless both leaders say it publicly,” said the source.

Talking to a news channel in the national capital, R.S. Kushwaha, BSP State president, said Ms. Mayawati had instructed them to “restructure the party with full force” and make the organisation strong so that “at least 50% of the people are with us.”