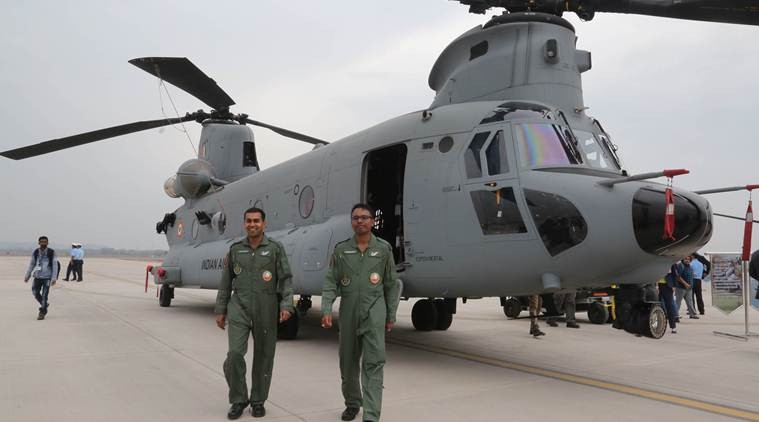 ﻿The four Chinook helicopters, put on display at the ceremony, have been commissioned into the IAF’s 126 Helicopter Unit (HU). The Air Chief received symbolic keys of the helicopter from the president of Boeing India, Salil Gupte and handed it over to the Commanding Officer-designate of the helicopter unit.

It is used by the US Army, US Army Reserve, National Guard and by the armed forces of more than 19 countries, including Canada, the United Kingdom, Netherlands, Japan, Italy, Greece, Spain, South Korea, Australia and the United Arab Emirates.

Addressing the gathering, the Air Chief Marshal, said, “Our country faces a multitude of security challenges, we require vertical lift capability across a very diversified terrain.” He said the IAF operates from bases which are from sea-level to very high altitude advance landing grounds.

“The helicopter will give the IAF quantum leap in terms of ability to transport cargo to precarious high altitude locations. The aircraft is one of its best in its category,” he said. The all-weather aircraft can also be used for humanitarian and disaster relief operations and in missions such as transportation of relief supplies and mass evacuation of refugees.