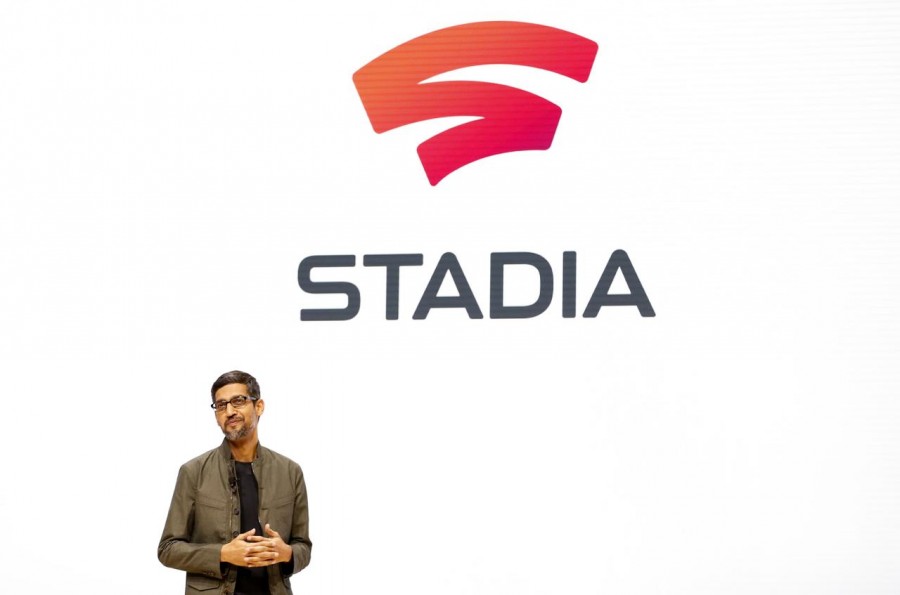 Google is getting into gaming in a serious way. The Alphabet unit unveiled Tuesday a new game streaming service called Stadia at the Game Developers Conference in San Francisco. The announcement marks a major new foray into the $180 billion industry for the internet giant. Google already has a hefty presence in gaming through its Android app store, one of the most popular mobile game marketplaces.

“Technology should adapt to people, not the other way around,” Chief Executive Officer Sundar Pichai said at the event. “We are dead serious about making technology accessible for everyone.”

Google wouldn’t say how much it will charge users, or whether it will be funded through advertising like most of its other businesses. The service will launch later this year, the company said, without announcing partnerships with the top-tier game developers.

“There’s no word on pricing, what’s the revenue model?” said Joost van Dreunen, co-founder of gaming research firm SuperData. “It’s a little bit like saying we’re going to start a restaurant but we have no idea what cuisine we’re making.”

Stadia runs through the company’s YouTube video-streaming platform and takes advantage of Google’s extensive network of data centers. While the company didn’t announce a price for the service, it said artificial intelligence technology helped make the product possible. With its presentation, Google drove home the point that its technical tools alone would make the future of gaming services work. It repeatedly mentioned the advantage of its cloud-computing power and YouTube, suggesting the service is designed to bring more users to those units -- two areas where investors are looking for sales growth beyond advertising.

Still, Google will need to persuade game publishers to put their content on Stadia if it wants to attract gamers, said Jitendra Waral, senior internet analyst at Bloomberg Intelligence.

“Google’s pitch of leveraging infrastructure and YouTube to enable cloud gaming is a logical extension of their strengths,” Waral said. “The question is, can the content and experience compete with Sony or Microsoft?”

Google may need to acquire in the area “because content will remain the king irrespective of the technology,” he said.