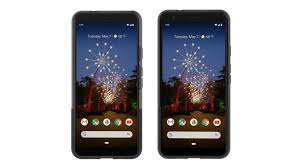 The Geekbench listing shows that Google's upcoming budget smartphone would have a Qualcomm processor with a base frequency of 1.71GHz in its core. Rumours in the past have indicated that the tech giant could include a Qualcomm Snapdragon 670 in its core. The phone, as per the details available in the listing, sports 4GB RAM with Android 9.0 Pie in its core - something that has been speculated for a log time. Other than that, the Geekbench listing doesn't reveal much about the phone's specs or features.

However, past reports have given us ample details to keep us occupied till Google officially unveils the phone at Google I/O 2019. Last week, serial tipster Evan Blass shared the image of the purple colour variant of the Google Pixel 3a on Twitter.

The image came days after Blass took to the microblogging site to share the images of black and white colour variants of the phone on the site.The images shared by the tipster indicate that the Pixel 3a would come with a single rear camera and a design that resembles the company's flagship - Google Pixel 3 -- smartphone. As far as other details are concerned, rumours circulating on the social media in the past have indicated that the upcoming Pixel 3a would come with a 5.6-inch full HD+ display with a screen resolution of 18:9. It is likely to come with a 12MP camera at the back and be powered by a 2,915mAh battery.

As far as its elder sibling - the Google Pixel 3a XL - is concerned, the phone is expected to have Qualcomm Snapdragon 710 in its core and run on Android 9.0 in its core. It is also expected to come with a bigger 6-inch full HD+ display and a 3,000mAh battery.