News / Google Pixel launch teased on Flipkart for May 8, Pixel 3a and 3a XL expected 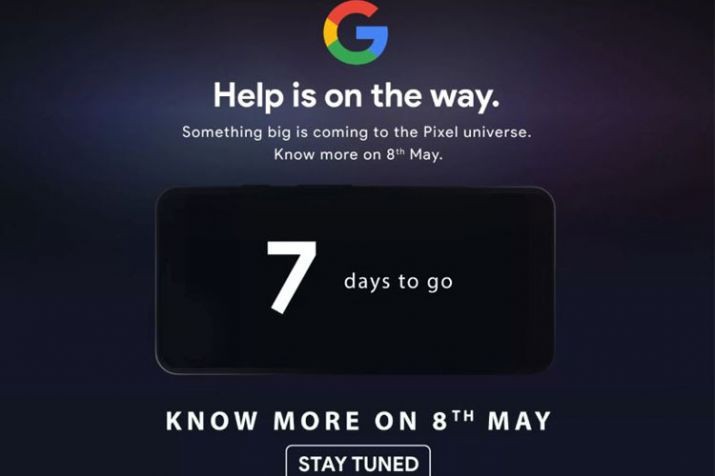 Google Pixel smartphones have been making their way on the internet with the mid-range Pixel smartphones and now have been posted the teaser on Flipkart hinting at Pixel 3a/3a XL that might launch on 8th May in India. Google, recently had leaked the name of the smartphone that is touted to be the Pixel 3a on its official store along with the teaser on its website that says 'Something big is coming to the Pixel universe'.

Flipkart has teased the poster on its homepage that says ‘Losing sight after twilight’?. This indicates that the company could be referring to the low light capability of the new Pixel 3a and 3a XL. The teaser image of the phone shows the bezels on the top and bottom of the screen.Another teaser on Flipkart says 'Help is on the way. Something big is coming to the Pixel universe on 8th May’ that shows the image of the smartphone, indicating that the Pixel 3a/3a XL will launch on 8th May in India via Flipkart.

For more details, we will have to wait until the phones officially launch in India.