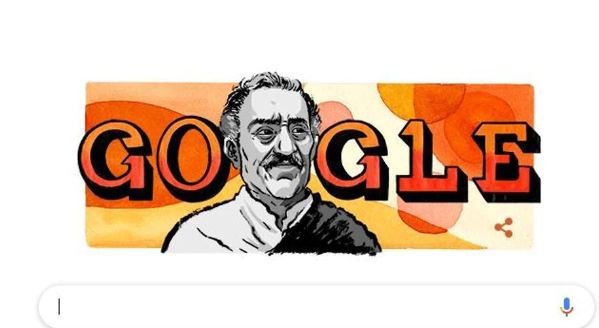 Google celebrated the birth anniversary of late actor Amrish Puri by dedicating a Doodle to him. The veteran actor would have turned 87 on Saturday.

Among the most celebrated of villains in the history of Indian cinema, the actor is best remembered for his role as Mogambo in the hit film of the 1980s, Mr India, also starring late Sridevi and Anil Kapoor. His dialogue “Mogambo khush hua” is popular to this day. The actor played many other memorable roles as villain including Gadar Ek Prem Katha, Damini and Viraasat.

Amrish Puri worked in international projects as well. He featured in Steven Spielberg’s Hollywood film Indiana Jones and the Temple of Doom (1984) too. He had a small role in Gandhi as well. Amrish Puri was equally prolific in parallel cinema movement, featuring in films like Govind Nihalani’s Ardh Satya, Manthan and Nishant. He worked in films in other languages like Kannada, Marathi, Punjabi, Malayalam, Telugu and Tamil as well.

Amrish Puri’s grandson Vardhan Puri, who was supposed to make his Bollywood debut in a film produced by Jayantilal Gada, speaking to Mumbai Mirror last year, had said that he is completely influenced by his grandfather. For Vardhan, his grandfather is the “God” to whom he prays.

“Dadu is the God whom I pray to. I was so close to him that I would sleep between him and my grandmother. When he passed away, for me it was like losing the protective cover of an umbrella. It was then, that I decided that if I do something, it would be for my grandfather and this film is an ode to him.”