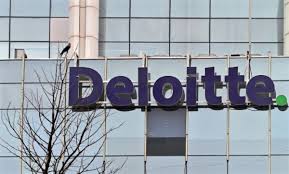 Even as Deloitte Haskins and Sells remains perched precariously on the high wire over its questionable role in the IL&FS audit process, it appears that the Ministry of Corporate Affairs may invoke section 140 (5) of the Companies Act to debar the firm for alleged malpractice in IL&FS accounts. Without prejudice to any action under the provisions of this Act or any other law for the time being in force.

If this were to happen, it will be the second such instance after Price Waterhouse was nailed in the Satyam scam.

In January, 2018, nine years after the Satyam scandal stunned corporate India, Securities and Exchange Board of India (Sebi) banned Price Waterhouse (PW) from providing audit services to listed companies and market intermediaries for two years in the Satyam fraud. Two PW partners were banned for three years. The regulator also imposed a disgorgement of Rs. 13.09 crore on Price Waterhouse, and two of its chartered accountants - S Gopalakrishnan and Srinivas Talluri.

The three entities also have to pay 12 per cent interest on the disgorgement amount since January 7, 2009, in 45 days from the date of the order. Further, it said that no listed company or intermediary registered with Sebi to be engaged with any audit firm associated with the PW network for issuing any certificate with respect to compliance of statutory obligations which Sebi is competent to administer and enforce, under various laws for a period of two years. These entities were charged under Sebi prohibition of Fraudulent and Unfair Trade Practices (FUTP) regulation.

Trying to maintain distance from the opaque architecture of the 347 subsidiaries - majority of them overseas -- Deloitte has clarified that they were audited by various smaller firms, most of them being non Big Four. It has also emerged that during the many years that Deloitte was auditing the Group, secured loans were sufficiently collaterised which in turn was independently valued by reputable parties such as Knight Frank or realty and N M Raiji.

The value of the assets and loans was corroborated by the fact that in 2015-16, Piramal Group had proposed to acquire a stake in IL&FS at Rs. 750 a share after commissioning a detailed due diligence exercise by KPMG. LIC had at the time bunged in a monkey wrench, saying that the value was too low citing fair value at Rs. 1,100.