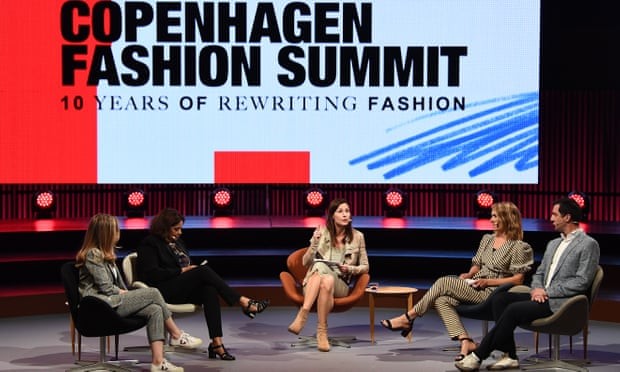 Balenciaga and Alexander McQueen are among the fashion houses that will no longer employ models under the age of 18 for adult catwalk shows or in advertising campaigns. The new age restriction, which will be enforced in early 2020, was announced by Francois-Henri Pinault, the chairman and CEO of the Kering group, on day one of the Copenhagen fashion summit (CFS) on Wednesday.

“As a global luxury group, we are conscious of the influence exerted on younger generations in particular by the images produced by our houses,” said Pinault, who also presides over brands including Saint Laurent and Bottega Veneta. “We believe that we have a responsibility to put forward the best possible practices in the luxury sector and we hope to create a movement that will encourage others to follow suit.”

It is the latest move by the conglomerate to protect model welfare. In 2017, it published a charter in collaboration with LVMH – which owns Louis Vuitton, Christian Dior, Celine and Givenchy – which implemented a minimum age of 16 years old when representing adults. It also prohibited the use of EU size 32 (a UK size four) for women and size 34 (a UK size six) for men from casting requirements.

The announcement forms a part of the group’s wider commitment to lead by example, said Pinault, such as its goals to cut carbon emissions by 50% and its overall environmental impact – concerning water and waste chemicals – by 40% by 2025. “Luxury has an influence over the whole apparel industry and beyond [and] our designers are opinion leaders – this is why we are well positioned to lead change.”

The CFS has become the leading platform for raising awareness around the environmental and social impact of the fashion industry. Now in its 10th year, the tone of the summit has turned from awareness to taking action, reflecting the growing frustration with the lack of tangible directives making a significant positive impact and ending harmful practices.

Along with international fashion brands at the summit and representatives from governing fashion bodies, including the US’s CFDA and Italy’s CNMI, Pinault extended an invitation to all brands to build a new coalition to generate “collective intelligence”. In doing so, he joins a chorus of influential voices who want to make technological advances and business strategy open source in order to see change within the industry. “This has nothing to do with competition. It’s a matter of leadership – alone it is useless – you have to work with your peers; we might not succeed but we will achieve more than not doing anything.”

An increase in consumer awareness and appetite for socially and environmentally conscious brands is likely to buoy their efforts. The 2019 Pulse report, which surveys data and people across three continents and was revealed at the summit, shows that 75% of consumers polled said sustainability is extremely important or important – a figure that is higher than ever before. In addition, more than a third said they had switched brands if they felt the brand they were buying from wasn’t acting sustainably, and 7% said sustainability has become the most important buying criteria. Social media posts containing hashtags related to sustainability have grown one-third faster than social media posts in general.

“Consumers love to to share when they have acted responsibly and share brands that have acted differently from those in the past,” said Sebastien Boger, a partner at the Boston Consulting Group, which conducts the report with the Global Fashion Agenda.

However, the number of fashion players that have made progress in sustainability over the past 12 months has slumped from 75% to 60%, signalling a slowdown when “there is a need to speed up”, said Boger. “Given that the industry is growing at a rapid pace, we’re urging [collaboration] to leapfrog forward.”"