Entertainment / How Keanu Reeves is conquering the Internet 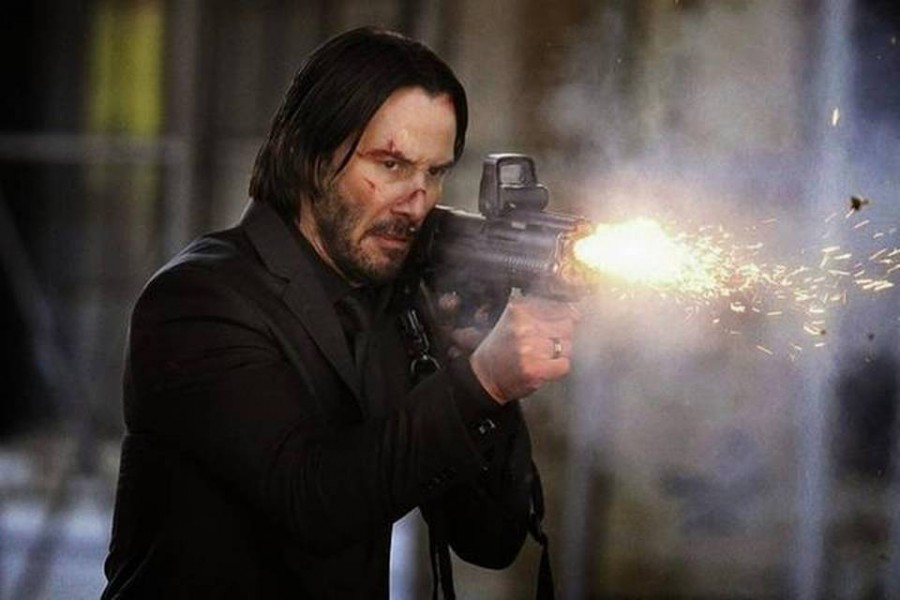 The year is 2019. The world is in the grip of Endgame. Even such summer blockbusters as Godzilla, Pikachu, Aladdin and others have paled beside it. Against all odds, we have one man, unflinching in the face of the Marvel cinematic might, who has managed to win over the Internet time and time again. This 21st-century Internet phenomenon is none other than Keanu Reeves. Some would know him better as Neo - 'The One' - from the Matrix trilogy, that first catapulted him into super-stardom.

So who is this marvel of a man and why has the Internet today become ground-zero for all Keanu-centric content?

The 54-year-old (should you dare to assume that Keanu ages at all) icon is no stranger to the youth of today. His claim to fame was through his early works as Johnathan Harker, John Constantine, Johnny Utah, and a plethora of Johns, be it by intent or coincidence, for over 35 years in the film industry.

But his tag of 'Nicest Man in Hollywood' that has swamped Internet forums and fan sites today isn't sudden; it's been coming for a while, thanks to countless accounts of real-life incidents by onlookers over the years. Where does one catch the mythic Keanu off-screen? There's a good chance that you'll find him casually sipping a cup of coffee, sitting on a fire hydrant in NYC, or perhaps catch him in the subway offering his seat to others, or even spot him driving 50 miles out of his way to drop a stranded woman back home.

There is something inexplicably charming about this man. Does one ascribe it to his jet-black mane or his warm brown eyes? Or the quixotic manner in which he states his opinions?

Case in point: earlier this month, during a promotional interview for John Wick 3, Stephen Colbert asks him, "What do you think happens when we die, Keanu Reeves?”

Pat comes the reply, “I know the ones who love us will miss us.”

The video went viral faster than you could say 'Keanu'!

The name Keanu, which in Hawaiian means 'cool breeze carried over a mountain', fits him to perfection. He carries an aura of tranquility on and off-screen that has endeared him to millions. This year in particular will go down in history as "The Year of The One", with fans across the world gushing over the Canadian-American's many exciting projects.

These include his return as the 'Baba Yaga' John Wick – an indestructible super-assassin who is driven by a deep fondness for dogs in John Wick Chapter 3 - Parabellum.

"Hehehe… puppies," exclaims Keanu with a glimmer in his eyes, as he plays with pups during an interview. Keanu as John Wick reflects the Internet's obsession with dogs, which is one reason the blockbuster action flick reached great heights at the box office.

The 'Matrix' star's surprise entrance at this week's E3 Gaming Expo was greeted with thunderous applause as he announced his presence in the upcoming CD Projekt Red video-game, 'Cyberpunk 2077'.

"Walking the streets of the future is breathtaking," said Keanu, as he talked about the game. "YOU'RE BREATHTAKING!" screamed a fan, leaving him blushing. He then responded with a prompt "No YOU'RE breathtaking! You're ALL breathtaking!"

And if all this weren't enough, when Disney Pixar's upcoming Toy Story 4 required a voice for the Canadian stuntman/ daredevil toy, Duke Caboom, it was obvious that they would look no further than him.

"It's nice when it's nice," quipped Keanu, when asked about what it is like to be loved by so many, at the Toy Story 4 premiere in Los Angeles.

Interestingly, Keanu has also been crowned as a gentleman on social media. What is conspicuous in his photographs is that he refrains from holding his female fans or other women celebrities he gets clicked with. He has justly earned the praise of fans for his respectful attitude towards women. "Keanu has the amazing power to make you feel hugged without even having touched you," says a tweet.

Keanu's life was not without its ups and downs. He went through a disturbed childhood. Later in life, he suffered great personal loss – his best friend died of a drug overdose at a young age and he lost his girlfriend in a car crash. The sorrow of the past notwithstanding, Keanu comes across as a gentle, benevolent human being. Few know that he runs a private charitable foundation that funds cancer research and children's hospital wards.

What is it about this man that casts a spell over a whole generation? Is it the pop-culture influence? Is it the memes? Or is it simply his persona?

He might dwell amongst the divine in the minds of many; yet Keanu Reeves the man, has his feet firmly on the ground.