News / I am not an outsider, says Amit Shah in West Bengal 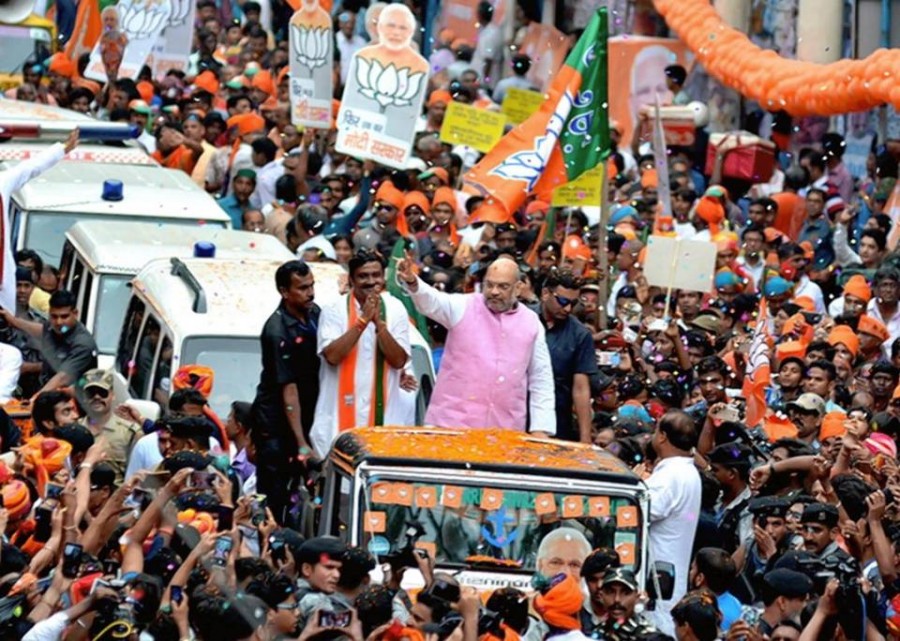 BJP national president Amit Shah has rebutted Chief Minister Mamata Banerjee’s charge that he is an “outsider” in West Bengal and said he has come to the state to campaign for his party.

Mr. Shah wondered if he is called an outsider for coming to West Bengal, “which is very much a part of India”, then why is Chief Minister Mamata Banerjee not labelled as an “outsider” when she visits New Delhi?

The BJP leader was addressing a meet of intellectuals in the city on Tuesday. “I am president of a national party and I am here to campaign for my party.

Mr. Shah’s remarks came following Ms. Banerjee’s repeated allegations about Mr. Shah being an “outsider” who comes to the state to “create division” among the people.

“If the BJP wins the assembly polls in West Bengal, a Bengali will be the chief minister. Neither I nor Kailash Vijayvargia will be the CM,” Mr. Shah said.

Mr. Vijayvargiya, who hails from Madhya Pradesh, is the BJP’s national general secretary, who is in charge of the party in West Bengal.

Mr. Shah also criticised a section of the media for blaming BJP workers for Tuesday’s violence during his roadshow in north Kolkata.

“A section of media is presenting it in such a way as if we started the clash. The news should be that TMC goons attacked the convoy. But a section of news organisations are trying to paint it in a different way,” Mr. Shah said.

BJP and TMC supporters Tuesday fought pitched battles on the streets of Kolkata during a massive roadshow by Shah, who escaped unhurt but was forced to cut short the jamboree and had to be escorted to safety by police.