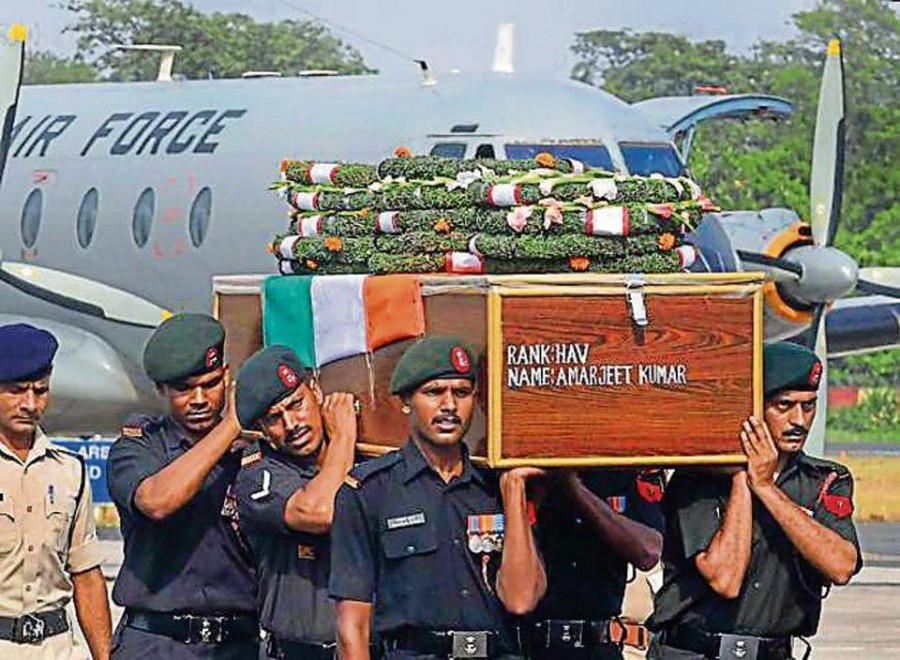 Indian intelligence officers and counterterrorism experts in Jammu and Kashmir police suspect that Abdul Rasheed Ghazi, an improvised explosive devices (IEDs) expert and former trainer at the Jaish-e-Mohammed (JeM) terrorist camp in Pakistan’s Balakot, is behind the use of vehicle-borne IEDs in the Valley.

Terrorists used an IED to target an army patrol in Arihal, in Pulwama district, on Monday, injuring a dozen soldiers, two of whom died the following day. The army called the attack “a failed” one and said the IED was “vehicle-based”. On Wednesday, another IED was defused by security forces in Shopian district of south Kashmir.

Pulwama in south Kashmir is the site of the February 14 suicide car bombing that killed 40 troopers of the Central Reserve Police Force. In retaliation for the attack, for which JeM claimed responsibility, the Indian Air Force bombed the Balakot terror camp on February 26, heightening tensions with Pakistan and sparking fears of a war between the nuclear-armed neighbours.

According to counterterrorism experts, Ghazi, an Afghan war veteran who belongs to Mansehra in Pakistan’s Khyber Pakhtunkhwa, where Balakot is also located, is currently in the Kashmir Valley training local JeM cadre in handling explosive devices. The motivation is said to be revenge for the elimination of two relatives of JeM chief Masood Azhar -- Usman Haider and Talha Rasheed -- by Indian security forces in 2017 and 2018, respectively.

Ghazi had personally launched Usman Haider alias Huzaifa, a nephew of Azhar’s, and other operatives from the Shakargarh sector in October 2018. Hyder was gunned down by security forces in Tral, Pulwama, on October 30.

Ghazi infiltrated into J&K on December 9 along with three other terrorists and set up an operational base in Pulwama, the people cited in the first instance said. Ghazi is currently hiding in the Valley and is imparting training to local Kashmiris in IED fabrication using locally available explosive material including ammonium nitrate, counterterrorism experts said on condition of anonymity .

According to Kashmir police experts, terrorists are increasingly using vehicle-borne IEDs, or VIEDs, given the fact that the hardcore cadre strength of JeM has been culled to a mere 50-odd while the cadre strength of the Lashkar-e-Taiba, another Pakistan-based terrorist group, in Kashmir is around 30-40.

“ The VIED gives total deniability to both Pakistan-based groups though in these cases the group behind the attacks is Jaish. Rather than lose trained terrorists to Indian security forces, the best option is to pack explosive into a stationary car and leave it on rural roads with timed explosion. It is an act of desperation to survive and continue jihad against India,” said a senior J& K police officer.

Senior J&K Police officers say that the use of VIEDs is reminiscent of the 2004-2005 period when the terrorist cadre strength of the Hizbul Mujahideen and Pakistan-based terror groups declined. The result was recourse to using vehicle-mounted IEDs like in Arihal on Monday.

Pakistan watchers in South Block believe that the Rawalpindi general headquarters is running with the hares and hunting with the hounds following the Balakot strike by the Indian Air Force.

According to them, a classic example of skulduggery on the part of Pakistan’s Inter-Services Intelligence (ISI) was evident in an anonymous caller tipping off the Indian high commission in Islamabad about an impending VIED blast before the Shanghai Cooperation Organisation (SCO) summit in Bhishek, Kyrgyzstan, this month and the triggering of such a device in Arihal after the completion of the summit.

“The whole idea is to get total deniability of Pak-based groups and ISI in terror attacks in the state. The so-called tip-off is to remove Islamabad from the list of suspects,” said a South Block official on condition of anonymity.