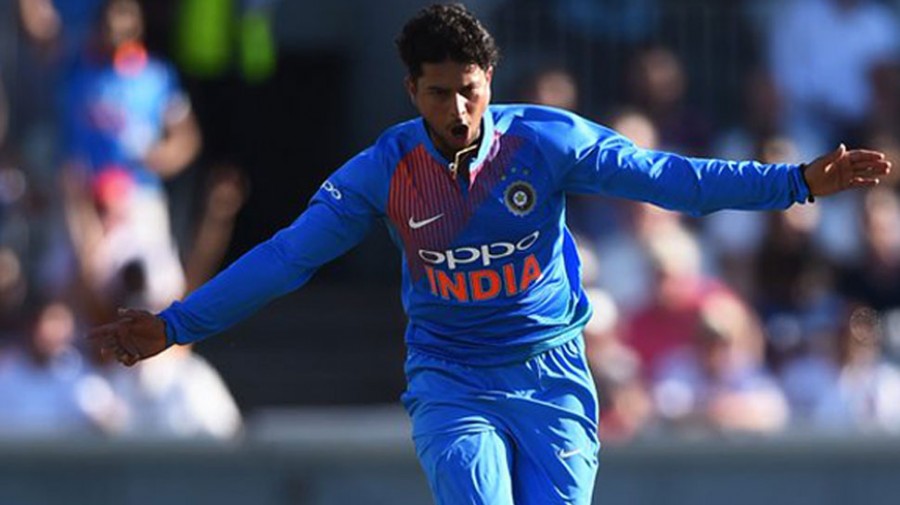 Star India wrist spinner Kuldeep Yadav believes he wouldn't have been successful at the world stage had it not been for skipper Virat Kohli, who gave him the freedom to attack.

"You need a skipper who backs you and believes in your ability to shine on the big stage. You think we could have been so successful if Kohli bhai had not given us the freedom to attack? I don't think so," Kuldeep told PTI in an interview.

Kuldeep, who played for Kolkata Knight Riders, was badly let down by the batting-friendly conditions at Eden Gardens in this year's IPL as he returned with just four wickets from nine matches before being dropped by his franchise in the business end of the tournament.The 24-year-old said he is looking forward to putting the IPL disappointment behind with a spectacular performance in the upcoming World Cup beginning May 30.

"IPL is very different than the World Cup. There are players who have done well in the IPL but have struggled to make a mark for the country. I've matured as a bowler and by no means it will affect my performance in the World Cup," Kuldeep said.

"It's (T20) such a format, you may have a bad day where you're hit for runs. I'm not a magician who will do well in every match. You cannot say I will take so many wickets."By his own standard, an average of 71.50 in IPL is something he would look to forget.

"If I'm not getting wickets it does not mean I'm not bowling well. Now I play as a mature cricketer and think more about the team," Kuldeep said.

Kuldeep also spoke about the recent controversy about his comments on Mahendra Singh Dhoni that sometimes the former skipper "goes wrong" with his tips."How can a youngster like me make such comments on a senior member of the side? My comments had been misinterpreted by media to create a controversy," he said.

"There is no doubt that his tips have been invaluable not only for me but for the entire team. His presence behind the stumps makes our job easy and nobody can change that fact. We wouldn't have been half as effective without his inputs."

Andre Russell was a terror in the IPL with his batting exploits and single-handedly turned KKR's fortunes before they failed to make the playoffs.Kuldeep said he has learnt a few tricks which he would employ against the West Indian in the World Cup.

"He has some problems facing a turning ball. If the ball is turning, then he has a weakness. It's not just this, I've different plans to unleash against him in the World Cup. I know how to stop him and I'm very clear in my mind," he signed off.