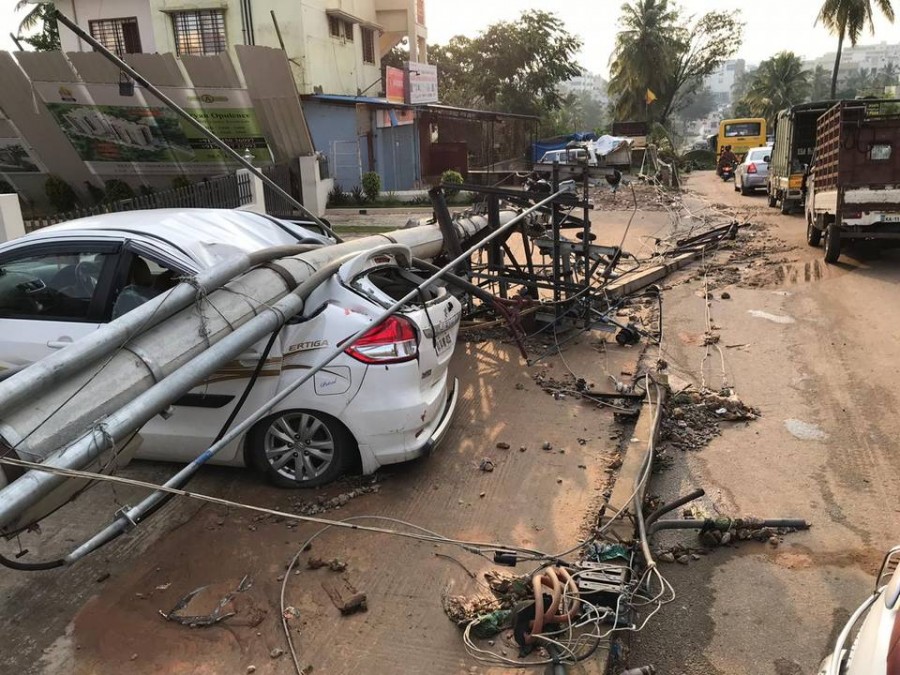 At least three electricity poles fell, one each on Richmond Road, at Hanumanthanagar, and Ashoknagar, disrupting power supply.

Power supply was disrupted in many areas across south Bengaluru, including Chamarajpet, Girinagar, Basavanagudi, Jayanagar and N.R. Colony.

Hailstorms were reported at K.R. Puram and the area around ITI, lasting about 10 minutes. Much of the rain was received around 10.30 p.m. Heavy rainfall resulted in water logging in several underpasses. Traffic was disrupted at Koramangala, Majestic, and Shantinagar.

Meteorological department officials are expecting rain on Friday and Saturday.

Rani Chennamma Express (16589), which runs between Bengaluru and Kolhapur, was held up between Dodbele and Nidvanda near Tumakuru on Thursday night for some time after the train hit a tree that had fallen on the railway track.