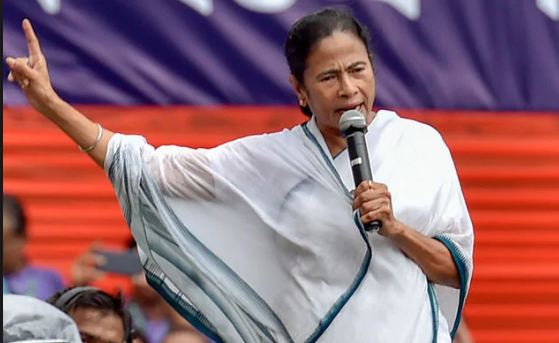 Bengal Chief Minister Mamata Banerjee on Tuesday sent a negative RSVP to today's all-party meeting, saying a day's dialogue is not enough to take a call on the agenda. The meet was to discuss Prime Minister Narendra Modi's "One Nation One Election" initiative. Most of the opposition parties have shot down the idea so far. But few so far have turned down the government's invite for talks.

In a letter to Pralhad Joshi, the Parliamentary Affairs Minister, Mamata Banerjee sought a White Paper on the subject, saying the matter requires consultation with experts.

"A proper response on such a sensitive and serious subject like the "One Country, one election" in such a short time would not do justice to the subject it deserves. The matter requires consultations with constitutional experts, elections experts and above all the party members.

"Instead of doing the matter hurriedly, I would request you to kindly circulate a White Paper on the subject to all political parties inviting their views by providing adequate time. If you only do so, we will be able to give concrete suggestions on this important subject," she wrote.

The Chief Minister also turned down the other key issue up for discussion today - Niti Aayog's proposal of developing "aspirational districts". The proposal involves fast improvement of the socio-economic condition of 117 districts across 28 states.

Ms Banerjee said her party is against such a project as "it would not conform to the overall objectives of achieving balanced and uniform development of all districts in the state".

"Our state is committed to ensuring social and economic development of all districts uniformly so that regional imbalances do not rise," she said in her letter.

Telangana Chief Minister K Chandrasekhar Rao has also decided to skip the high-profile meeting because he is busy preparing for the Kaleshwaram Lift Irrigation project's inauguration on June 21. KT Rama Rao -- his son and working president of the Telangana Rashtra Samithi -- will attend it on his behalf.

Mr Rao had not attended the Prime Minister's swearing-in ceremony on May 30 or the NITI Aayog meet last week either.