Pune / Inclusion of all tobacco products under GST has reduced its use, says Dr Nandita Murukutla on World 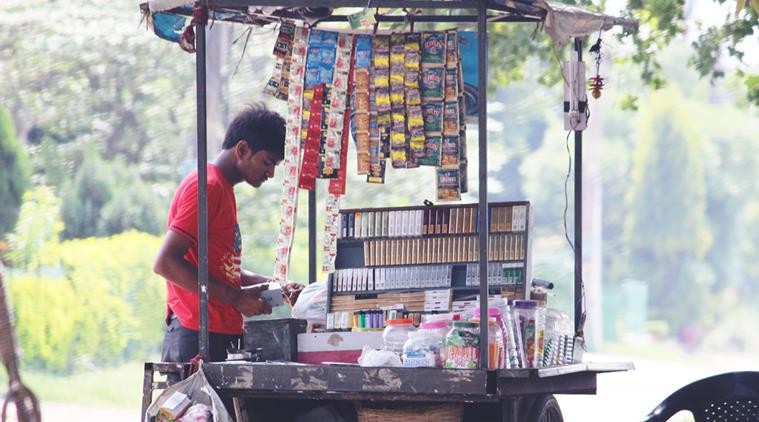 Tuberculosis (TB) remains a worldwide epidemic and India has one of the world’s highest number of tuberculosis patients in the world. As the World TB Day is observed on March 24, Dr Nandita Murukutla, Vice President, Global Policy and Research, Vital Strategies, spoke to Anuradha Mascarenhas about the efficacy of mass media campaigns and tobacco control measures in India.

What are the current issues India is facing to curb tobacco consumption?

At least a million people die every year of tobacco-related diseases in India. This includes non-communicable diseases, like cancers and heart disease, and also infectious diseases like TB. These deaths are preventable. So, government efforts to make tobacco less easily accessible are critical. Through its National Tobacco Control Program (NTCP), India has made significant progress in reducing tobacco use. This momentum must be maintained and further progress achieved by curtailing the availability of cheap tobacco products, addressing violations of bans on smoking in public places and curbing tobacco marketing, often conducted in violation of government regulations.

How has the WHO Framework Convention impacted Tobacco Control (WHO FCTC) in India?

The Indian government adopted the WHO FCTC in 2005. It has informed and provided global support for India’s subsequent achievements like pictorial health warnings covering 85 per cent of tobacco product packaging; the inclusion of all tobacco products as demerit goods under the GST tax overhaul; sustained investment in tobacco control media campaigns; and India’s world-leading Film Rule. These interventions have helped reduce tobacco use.

How does tobacco use lead to TB?

According to WHO’s Global TB report 2017, as many as 830,000 global TB cases in 2016 alone were attributed to smoking. That’s because tobacco smoke damages vital immune cells in the body. It increases the risk of developing active TB, duration of TB and the risk of dying from TB. Second-hand smoke also increases these risks. “Smoker’s cough” makes smokers less likely to access timely diagnosis and treatment. Lastly, smoking reduces the effectiveness of TB treatment.

Do you think the government’s TB campaign has been able to make an impact?

Media campaigns highlighting the links between tobacco, including second-hand smoke exposure and disease, encourage smokers to quit and build support for policies to reduce tobacco use. The Ministry of Health and Family Welfare’s “TB Cough” campaign was a global first, creating new public urgency around the links between tobacco and TB. From a health perspective, the ad campaign was a great success and should be repeated.

How impactful are mass media campaigns? What more should be done to expand their reach?

The importance and effectiveness of well-designed, sustained mass media campaigns is well-documented. In India, campaigns have focused on the health consequences of smoking, smokeless tobacco use and second-hand smoke. We published an evaluation in the British Medical Journal publication, Tobacco Control, and found that a smokeless tobacco control mass media campaign was highly cost-effective, costing only Rs 4.5 per quit attempt, rs 189 per permanent quit and Rs 667 per death prevented. Social media and online video streaming platforms are emerging as new ways of expanding the reach of mass media campaigns and delivering impactful content in the public interest.