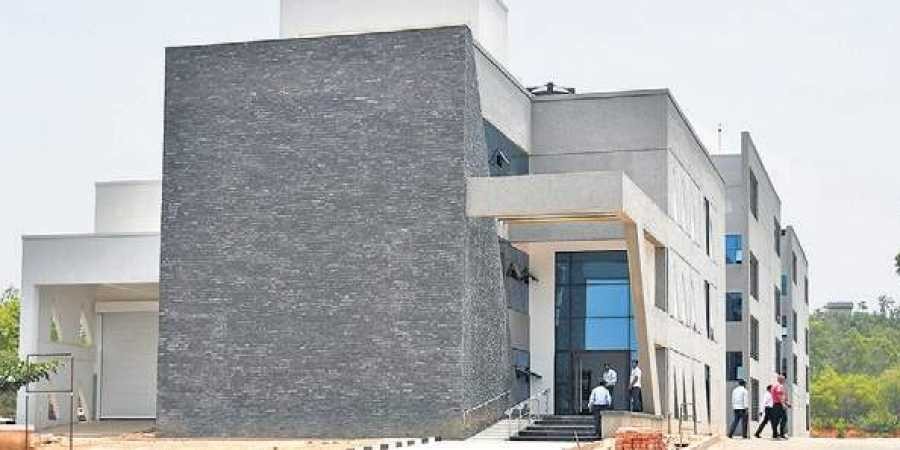 How do stars form? What is the connection between galaxies and black holes? Is there life beyond Earth? A next-generation telescope is expected to answer these grand questions and Indian minds are contributing their might in building this telescope which will deliver sharper images than existing ones.

A group of astronomers and engineers in Hosakote, 27 km from Bengaluru, have started their work which will ultimately reveal planets light years away more clearly than ever before by using microscopic measurements made in milliseconds.

They are working on manufacturing the complex optical structure, called the Segment Support Assembly (SSA), which will comprise 492 hexagonal mirror segments, collectively forming the primary mirror of what will be the world’s largest telescope, Thirty Metre Telescope (TMT), to sit atop Hawaii’s tallest mountain, Mauna Kea. The telescope is expected to be up and functioning in 2030.

The project will go full swing from June; and once completed, will be three times bigger than any telescope on earth.

The telescope is being built by an international consortia of scientific institutes and organisations from India, Canada, China, Japan and the USA.

“We are a team of about 20 engineers and scientists and there are around 200 of them from across India who are part of this project along with the four other countries. It will provide extremely high resolution images of celestial bodies. This would lead to many unanticipated discoveries which would shape the course of future astronomical research,” said B Eswar Reddy, Programme Director, India TMT Coordination Centre in India.

“Of the 492 TMT primary mirror segments and 82 spare units that will ultimately make TMT’s 30-metre diameter primary mirror, India will contribute a total of 86, which is equivalent to 15 per cent of the total number of mirror segments,” according to Ben Gallagher, System lead engineer, TMT Monrovia Lab, USA.

What makes TMT special is that it is going to incorporate adaptive optics which change the shapes to compensate for distortion of images from light years away, caused due to refraction of light from Earth’s dense and active atmosphere.

“The atmosphere is turbulent, and that turbulence distorts images. The images move because the atmosphere has pockets of warmer and cooler air and that disturbs the light,” explained Eswar Reddy, Programme Director, India TMT Coordination Centre in India.

He said without adaptive optics, flat light resembles a warped potato chip and it will be wavy. “So there will be wave front sensors to sense the wave fronts and so it takes a picture that allows us to measure how flat the wave front is. These measurements get processed by a super-fast computer, and then commands are sent to a deformable mirror,” he said.

“Since it is for the first time that India is involved in such a technically demanding astronomy project, it is also an opportunity to put to test the abilities of Indian scientists and industries, alike,” Reddy added.

“Eight hundred times a second we change the shape of two mirrors very slightly so that they give the sharpest possible image,” explained Associate Professor Saeko S Hayashi of National Astronomical Observatory, Japan, who was in Hosakote to check on infrastructure for the mirror segments.

Explaining why TMT is unique, Prof G C Anupama, of Indian Institute of Astrophysics (IIA), said the resolution of TMT will be 10 times better than the Hubble Space Telescope and three times better than the current 10-m Keck telescope which is already in Hawaii. From the previous generations of 8–10 metre class telescopes, it is a giant leap in sensitivity or image depth that will allow astronomers to see much fainter and more distant objects to study them in greater detail.

“TMT, with its 30-metre (nearly 100 foot) diameter mirror, will have nine times the light-gathering capacity compared to the most powerful current telescopes and with an adaptive optics system that corrects the blurring due to the atmosphere it will produce images ten times sharper than the Hubble Space Telescope,” said Prof Anupama, who is also the optics group leader for TMT India.

India joined the TMT consortium as a full member in February 2014. Larsen & Toubro (L&T) has been awarded a contract to build the segment support assembly (SSA), a system of “complex optomechanical sub-assemblies on which each hexagonal mirror of the 30-metre primary mirror, the heart of the telescope, is mounted” Ramya Sethuram, Project Scientist with TMT India, said.

The Department of Science and Technology and the Department of Atomic Energy are jointly giving Rs 1,300 crore for the project. The total project cost is $1.4 billion, or just over Rs 10,000 crore. “All sensors, actuators and SSAs for the whole telescope are being developed and manufactured in India, which will be put together in building the heart of TMT,” A.N. Ramaprakash, the associate programme director of India-TMT, told TNIE.