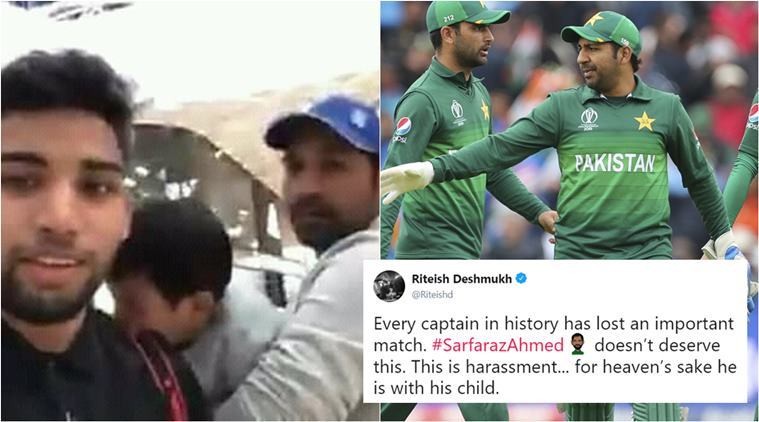 Pakistani cricketers have been at the receiving end following the team’s disappointing loss against India at the ICC World Cup 2019. This time around, however, criticism has not just been restricted to social media. A video has emerged of Captain Sarfaraz Ahmed being insulted by a supporter at a mall in the UK. The footage is going viral and fans around the world, including in India, have extended support to the captain.

In the video, Ahmed is seen in a mall with his son. It appears as though he stops to allow a fan to take a photograph with him. Instead, the fan shoots a video while ridiculing him. Ahmed is seen walking away despite the abuses.

“Why are you as fat as a pig? You have made Pakistan proud,” the man is heard in the video, fat-shaming the skipper.

Fans across the border joined forces to defend Ahmed. Many lauded him for maintaining his cool and choosing to walk away not paying heed to the abuses hurled at him, while others lashed out at the man for insulting the skipper in a derogatory way in front of his kid.

“Criticise him for his game but humiliation this way that too in presence of his kid is very callous. And the gentleman Sarfaraz is, he kept quiet despite grave provocation,” wrote one user on Twitter.

As the harasser was shamed online, video of the man apologising surfaced online. However, fans are not convinced.

Ever since the team’s defeat against India, Pak cricketers have been receiving the heat online for their poor performance and body-shaming videos and memes trolling Ahmed have flooded social media sites.