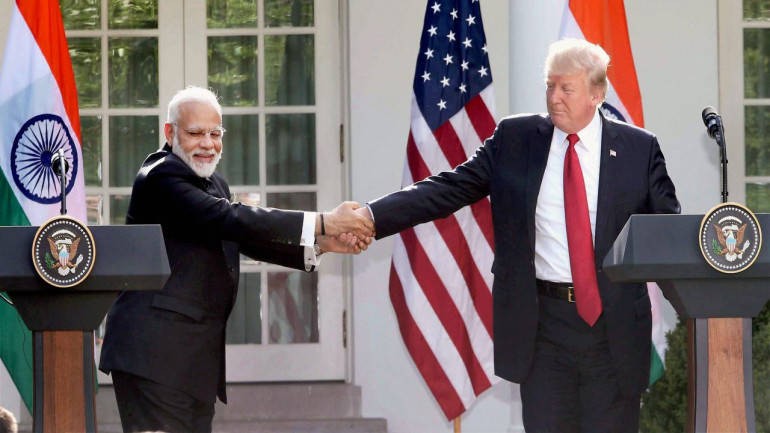 India and the US are planning to revive the Defence Policy Group (DPG) between the two countries after a four-year gap, with a discussion on the text of the Basic Exchange and Cooperation Agreement (BECA) one of the key items on the agenda, according to senior officials familiar with the matter. BECA is one of the foundational military communication agreements between the two countries.

LEMOA, which allows the Indian and American defence forces to use each other’s facilities and establishes procedures of easier access of supplies and services required by them, was signed in 2016.

COMCASA, which allows the US to transfer communication equipment to India that allow secure transmission of data and real-time information between the armed forces of the two countries, was sealed during last year’s Two-Plus-Two talks in Washington.

BECA is an important precursor to India acquiring armed unmanned aerial vehicles such as the Predator-B from the US. The Pentagon in 2018 was ready to supply Predator-B, which uses spatial data for accurate strikes on enemy targets, to India.

After speaking to officials in New Delhi and Washington, the Pentagon proposed to hold the DPG meeting this month, but a final decision is awaited by defence minister Nirmala Sitharaman. The last DPG, co-chaired by India’s defence secretary and US Under-secretary of defence for policy, was held in 2015.Apple’s ultimate goal of the multistep initiative, code-named “Marzipan,” is by 2021 to help developers build an app once & have it work on iPhone, iPad and Mac computers. That should spur the creation of new software, increasing the utility of the company’s gadgets. It plans to announce two new services a premium Apple News & original video at end of March. In 2020, Apple plans to expand the kit.

In 2020, Apple plans to expand the kit so iPhone applications can be converted into Mac apps in the same way. Apple engineers have found this challenging because iPhone screens are so much smaller than Mac computer displays.

By 2021, developers will be able to merge iPhone, iPad, and Mac applications into one app or what is known as a “single binary.” This means developers won’t have to submit their work to different Apple App Stores, allowing iOS apps to be downloaded directly from Mac computers -- effectively combining the stores.

The plans are fluid and could be altered, the people said. They asked not to be identified discussing private matters. A spokeswoman for Cupertino, California-based Apple declined to comment.

The most direct benefit of the Marzipan project will be to make life easier for the millions of developers who write software for Apple’s devices. For example, later this year Netflix Inc. would be able to more easily offer a Mac app for watching video by converting its iPad app. By 2021, Twitter Inc., which has mostly abandoned the Mac, could publish a single app for all Apple customers.