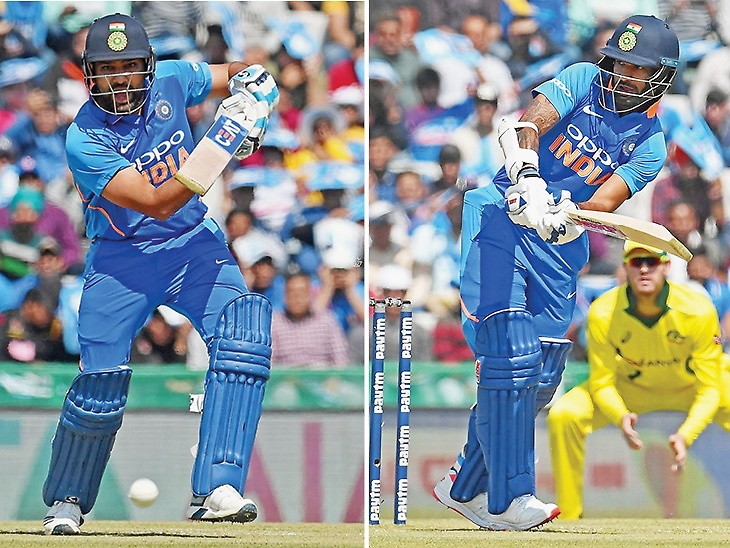 India has managed to post 358 on the board, thanks to stunning knocks from Shikhar Dhawan (143) and Rohit Sharma (95). The duo added 193 runs for the opening stand but Australia came back with wickets in regular intervals towards the end. In fact, India lost their last eight wickets for 98 runs with the likes of Virat Kohli and Kedar Jadhav failing.

However, Vijay Shankar and Rishabh Pant played handy cameos towards the end to take India past the 350-run mark. Jasprit Bumrah gave the perfect finish touch by hitting Pat Cummins for a six off the final ball of the innings.

Nonetheless, the Australia fast bowler finished with a five-wicket haul. On the flip side, young pacer Jhye Richardson leaked runs as he conceded 85 in nine overs.

Surprise! Bumrah finishes with a six!

Jasprit Bumrah is delighted. The India No. 11 hits Pat Cummins over the long-on boundary to pick up a six off the final ball of India's innings. Virat Kohli is jumping in delight as well. A clean shot from the tail-ender.

India loses another one but Vijay Shankar has made his way back to the pavilion only after playing a handy cameo. With two sixes and a boundary, he added 26 off just 15 even as he was losing partners at the other end. Kuldeep and Chahal in the middle for India to face the last three balls.