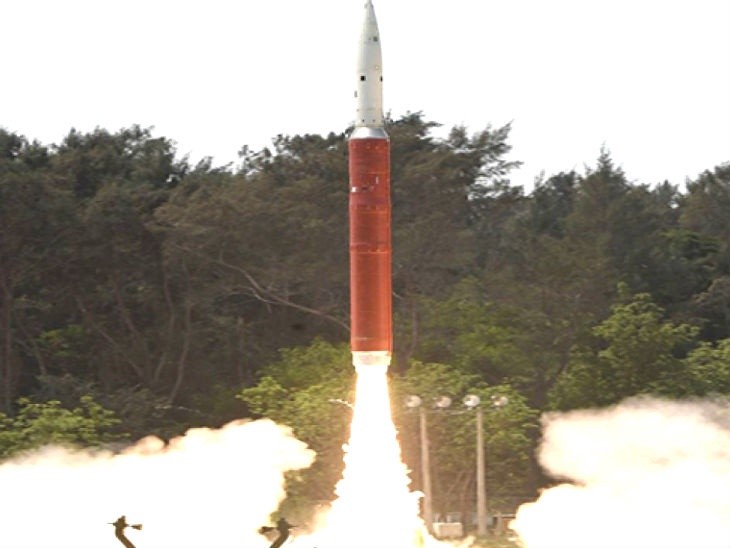 WASHINGTON: The NASA on Monday termed as a "terrible thing" India's shooting down of one of its satellites that has created about 400 pieces of orbital debris, endangering the International Space Station (ISS).

NASA Administrator Jim Bridenstine said about 60 pieces have been tracked so far and out of which 24 are going above the apogee of the ISS.

"That is a terrible, terrible thing to create an event that sends debris and an apogee that goes above the international space station.

That kind of activity is not compatible with the future of human spaceflight that we need to see have happened," he said at a NASA townhall here.

"The ASAT test by India last week has resulted in about 400 pieces of orbital debris," he added.

Bridenstine said not all of the pieces were big enough to track and the NASA is right now tracking objects which are 10 centimeters or bigger.

"Some 60 pieces of orbital debris have been tracked so far, 24 out of which poses risk to the International Space Station," he said.

Bridenstine was addressing employees of the National Aeronautics and Space Administration days after Prime Minister Narendra Modi, in a televised address, announced that India shot down a satellite in space with a missile, catapulting the country into an elite club of space powers alongside the US, Russia and China Bridenstine is the first top official from the Trump administration to come out in public against India's ASAT test.

"We are charged with commercialising of low earth orbit. We are charged with enabling more activities in space than we've ever seen before for the purpose of benefiting the human condition, whether it's pharmaceuticals or printing human organs in 3D to save lives here on earth or manufacturing capabilities in space that you're not able to do in a gravity well," he said.

"All of those are placed at risk when these kinds of events happen," Bridenstine said as he feared India's ASAT test could risk a proliferation of such activities by other countries.

"When one country does it, other countries feel like they have to do it as well," he said.

"It's unacceptable. The NASA needs to be very clear about what its impact to us is," the NASA Administrator said.

He said the NASA is "learning more and more every hour" that goes by about this orbital debris field that has been created from the anti-satellite test.

"Where we were last week with an assessment that comes from NASA experts as well as the Joint Space Operations Center (part of US Strategic Command). Is that the risk to the International Space Station has increased by 44 per cent," Bridenstine said.

The risk from small debris as a result of the ASAT test to the ISS went up 44 per cent over a period of 10 days.

"So, the good thing is it's low enough in earth orbit that over time this will all dissipate," he told his NASA colleagues.

He said a lot of debris from the 2007 direct ascent anti-satellite test by China is still in the space.

"And we're still dealing with it. We are still, we as a nation are responsible for doing space situational awareness and space traffic management, conjunction analysis for the entire world," Bridenstine said.

The US, he said, is doing it for free with its taxpayers' money from an orbital debris field that was created by another country.

"Why do we do that as a nation? Because it's the right thing to do because we want to preserve the space environment," he said.

According to Bridenstine, the US is currently tracking about 23,000 pieces of orbital debris that are 10 centimeters or bigger.

"At the end of the day we need to be clear with everybody in the world, we're the only agency in the federal government that has human lives at stake here.

And it is not acceptable for us to allow people to create orbital debris fields that put at risk our people," he said.

Bridenstine said while the risk of the ISS went up 44 per cent, the astronauts are still safe.

"The International Space Station is still safe. If we need to manoeuvre it, we will. The probability of that I think is low. But at the end of the day we have to be clear also that these activities are not sustainable or compatible with human spaceflight," he said.