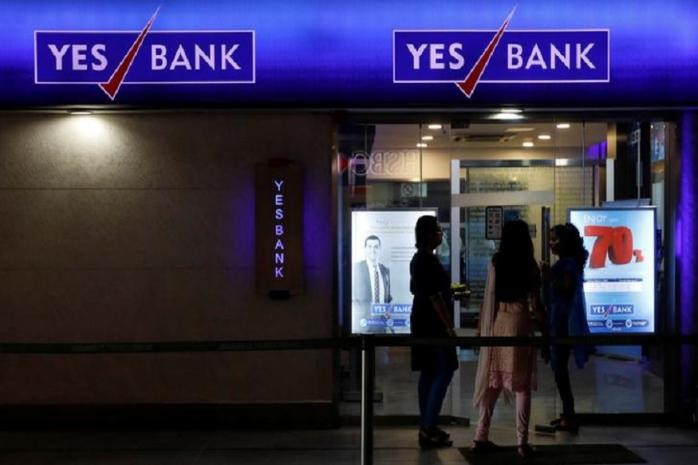 Yes Bank Ltd shares plunged 30 per cent on Tuesday after Indian private-sector lender surprised markets last week with its first quarterly loss, on the back of a nine-fold jump in provisions for bad loans. Yes Bank is part of group of lenders to debt-ridden Jet Airways, which was forced to ground all flights earlier this month after it ran out of funds. Yes Bank's stock dived as much as 30 percent on very high volume.

The Indian banking sector has been struggling with high levels of non-performing assets, exacerbated by weak performances in the infrastructure and airline sectors.

Yes Bank is part of a group of lenders to debt-ridden Jet Airways, which was forced to ground all flights earlier this month after it ran out of funds.

"This is significantly higher than the normalised run-rate the bank reports," they said in a note.

The bank reported results on April 26 after markets closed. Markets were closed on Monday on account of elections.

This was the Mumbai-based bank's first quarterly results under new boss Ravneet Gill, after a spat with the central bank forced founder Rana Kapoor out the door in February.

"The new managing director's business strategy is good in the long run, but medium-term woes in terms of asset quality, management uncertainty and subdued return ratios are inevitable," Emkay Research said in a note.

In the earnings statement on Friday, Gill said the bank would focus on digitisation while maintaining the "highest standards on compliance and prudence in risk".

Yes Bank's stock dived as much as 30 percent on very high volumes in on Tuesday, it's biggest intraday percentage loss since Sept. 21, 2018.