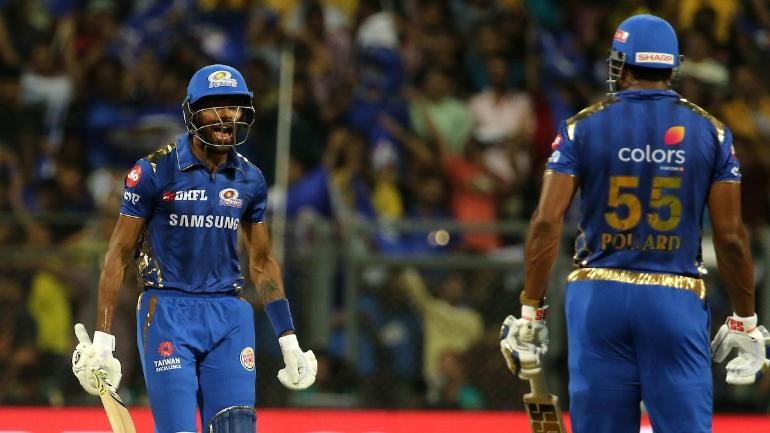 Hardik Pandya and Krunal Pandya were the stars in a huge win for MI over CSK. Kieron Pollard doffed his hat to Pandya brothers after MI's 2nd win of IPL 2019. Pollard said MI wanted to encourage Hardik Pandya to keep getting better. Kieron Pollard lauded Krunal and Hardik after the Pandya brothers played starring roles in 37-run win for Mumbai Indians over defending champions Chennai Super Kings at Wankhede Stadium.

Kieron Pollard is one of the most destructive batsmen in the T20 format but he has had to bat lower down the order below Krunal and Hardik. But Pollard said he did not mind because the brothers were doing a solid job for Mumbai Indians.

"The Pandya boys have been batting well, so being the more experienced guy I have to take the initiative and try to do well whenever I come in," Pollard told the broadcasters after the match.

Pollard said Hardik Pandya has him covered with the way he is batting now.

"Hardik is phenomenal. For us it's just about encouraging him and giving him that opportunity. He practices like that," Pollard said.