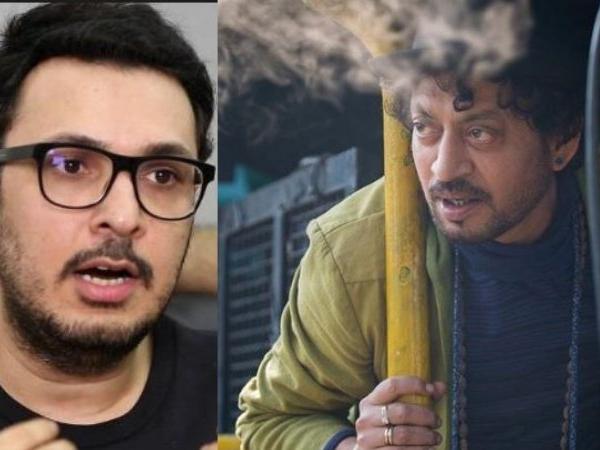 Irrfan Khan is back in India after undergoing treatment for neuroendocrine tumour in London. Actor was spotted at the office of production house Maddock Films in Mumbai on Friday. His face was covered with a handkerchief to avoid the paparazzi’s attention. He is expected to begin the shoot for Hindi Medium sequel soon, sequel will be shot in the US. Hindi Medium sequel but was not sure whenzthe film will go on floor.

A source close to the actor had said in February, “Irrfan is back in Mumbai. But people are publishing all sorts of stories without any confirmation. They are not true. I will get an update on his health and when will he be resuming work when I meet the actor soon.” The source had also confirmed the Hindi Medium sequel but was not sure when the film will go on floors.

Irrfan had shared the news of him suffering from a rare tumour in March last year. He had broken the news on Twitter in a note that read, “The unexpected makes us grow, which is what the past few days have been about. Learning that I have been diagnosed with NeuroEndocrine Tumour as of now has admittedly been difficult, but the love and strength of those around me and that I found within me has brought me to a place of hope. The journey of this is taking me out of the country, and I request everyone to continue sending their wishes. As for the rumours that were floated NEURO is not always about the brain and googling is the easiest way to do research ;-) To those who waited for my words, I hope to be back with more stories to tell.”