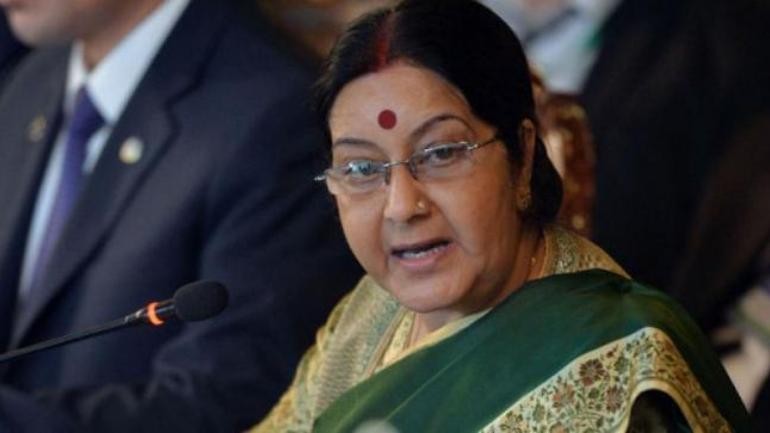 A war of words broke out on Sunday between External Affairs Minister Sushma Swaraj and Pakistan information minister Fawad Chaudhry after the former sought a report in connection with the abduction, forced conversion and underage marriage of two teenage Hindu girls in Pakistan.

Replying to Chaudhry's earlier tweet, Swaraj said, "I only asked for a report from Indian High Commissioner in Islamabad about the kidnapping and forced conversion of two minor Hindu girls to Islam. This was enough to make you jittery. This only shows your guilty conscience," she said.

Pakistan Prime Minister Imran Khan has already ordered a probe into the reports of the alleged incident. Earlier in the day, Pakistan minister Fawad Chaudhry took a dig at PM Modi after Swaraj sought a report on the matter.

He said, "The minorities in Pakistan make up the white of our flag and all of our flag's colours are precious to us. Protection of our flag is our duty."

On Saturday, Chaudhry said that the government had taken notice of reports of the forced conversion and underage marriages of the two girls.

The Hindu community in Pakistan has carried out massive demonstrations calling for strict action to be taken against those responsible while reminding Prime Minister Khan of his promises to the minorities of the country.

The two girls, Raveena (13) and Reena (15) were allegedly kidnapped by a group of men from their house in Ghokti district in Pakistan's Sindh region on the eve of Holi.

Soon after, a video went viral in which a cleric was purportedly shown soleminising the Nikah or marriage of the two girls.