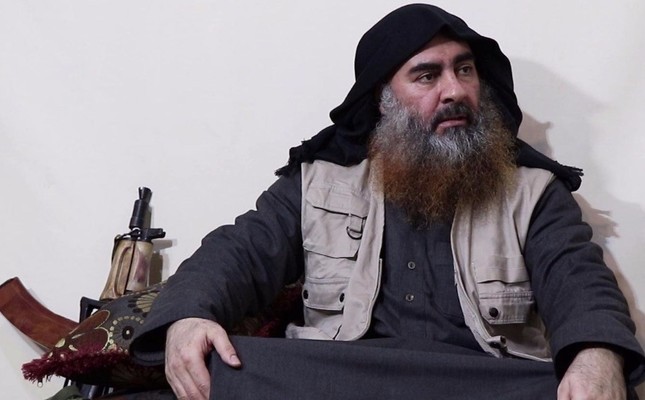 The Islamic State on Monday released a propaganda video featuring its leader Abu Bakr al-Baghdadi. This was the first time al-Baghdadi was seen on video since July 2014. Al-Furqan Media this evening, Baghdadi is sitting cross-legged, close to an assault rifle. There are some men whom he is seen addressing but their faces are blurred. Baghdadi was seen in the Mosul mosque sermon years ago.

The propaganda video featuring Baghdadi has been doing rounds on Twitter since it was released and top journalists say that the Baghdadi - speaking in Arabic - admitted that the terror bombings in Sri Lanka was a "retaliation" for losing Baghouz, which was the last IS stronghold in Syria.

Translating what Baghdadi said, some journalists and experts also claimed that the international terror group's leader was parsing Islamic State terrorists who "died protecting the caliphate".

The authenticity of the video cannot be confirmed by India Today and the timeline of when the video was shot also remains unclear.

While the Islamic State's last stronghold was eliminated recently, the terror group's leader claimed responsibility for the Easter Sunday bombings in Sri Lanka.

Abu Bakr al-Baghdadi, who has a $25 million US bounty on his head, was reported killed or wounded on a number of occasions. Nothing has been heard about him since September 2017, when the Islamic State militants allegedly released an audio recording of their leader.

In the audio, Baghdadi reportedly urged supporters to wage attacks against the West and keep fighting in Syria and neighbouring Iraq.