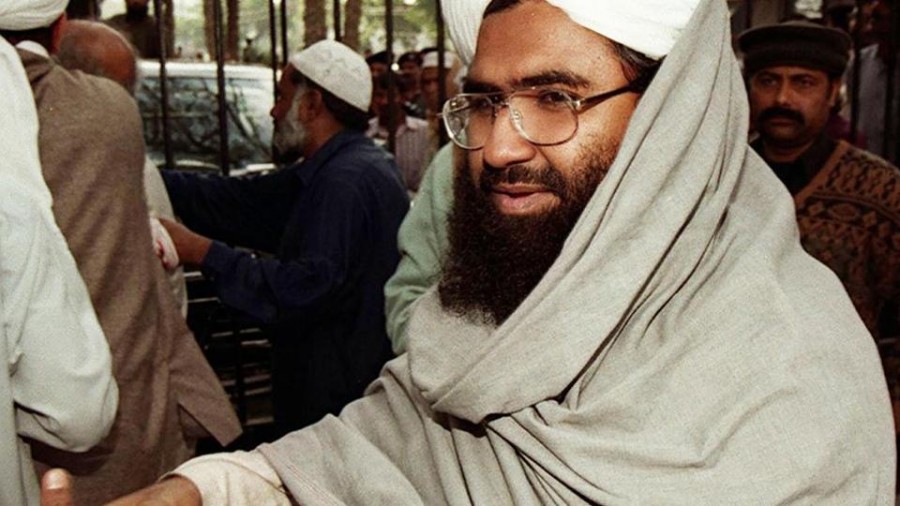 Pakistan-based Jaish-e-Mohammed (JeM) chief Masood Azhar was on Wednesday designated a global terrorist by the UN after China withdrew its long-standing block to the move, marking a major diplomatic and political victory in the Indian government’s efforts to counter cross-border terrorism.

Azhar was listed by theN’s 1267 Sanctions Committee for his association with al-Qaeda and his role in financing, planning and facilitating terrorist acts by the JeM, shortly after officials announced in Islamabad that Pakistan would no longer object to his designation – a sign to iron brother China to lift the “technical hold” it had placed on four attempts to sanction Azhar.

Hindustan Times first reported on Tuesday that China was expected to lift its hold on listing Azhar at the UN on May 1.

Following the designation, Pakistan will be required to take three steps – freeze the funds and financial assets of Azhar, enforce a travel ban on him, and cut off his access to arms and related materials.

At 6.30 pm IST, India’s permanent representative to the UN, Syed Akbaruddin, informed Sanjeev Singla, private secretary to PM, about the listing and asked him to “brief the boss”. Though Prime Minister Narendra Modi had been inquiring about the matter since morning, he could not be directly informed by Shringla as the premier was in the midst of an election rally.

Shringla is believed to have informed National Security Advisor Ajit Doval, who rushed to the PMO from Sardar Patel Bhawan and informed Modi of the development on a secure line.Shortly after the February 14 suicide attack in Pulwama that killed 40 Indian troopers and was claimed by JeM, France, with the backing of the US and the UK, moved a proposal at the 1267 Sanctions Committee to sanction 50-year-old Azhar. After a 10-day period to consider the matter, China blocked the proposal on March 13 by saying more time was needed to discuss the issue.

This angered the US, which threatened to take the matter to the UN Security Council, where discussions are held in public, unlike consultations held behind closed doors by the sanctions committee. The heavy lifting was done by the US as it wanted the terrorist tag for Azhar during consultations on April 23, but China and Pakistan wanted it to happen after the Indian elections as they didn’t want the listing to benefit Modi, people familiar with developments said.

The date was then moved by the US to April 30, though China was insisting on May 15. A compromise of May 1 was reached after the US hinted it would take the matter to the Security Council, the people said

India and its Western allies also continued to work with China throughout this period. During a visit to Beijing last week, foreign secretary Vijay Gokhale shared evidence on the role of Azhar and JeM in terrorist attacks with Chinese officials, including foreign minister Wang Yi.

A fifth proposal to sanction Azhar was moved by France, the US and UK last month. In an apparent face-saving measure for Pakistan at the behest of China, this proposal didn’t contain references to the Pulwama attack and terrorism in Kashmir, the people said.

The statement issued by the UN on Azhar’s listing referred extensively to his links with al-Qaeda, its slain chief Osama bin Laden and Taliban, and his role in supporting and facilitating these terrorist entities and providing them arms but made no mention of Kashmir, where JeM has carried out several devastating attacks, or Pakistan, where Azhar is based.

Indian officials, speaking on condition of anonymity, brushed aside Pakistan’s efforts to play up these and highlighted the symbolism of Beijing removing its block despite its strong relationship with Islamabad and how this paved the way for sanctioning Azhar after 10 years.

“As long as the designation is done, a long-pending demand in our campaign against terrorism has been met. There were some who had questioned India’s quiet diplomacy on this issue but this listing shows high-decibel and high-octane diplomacy isn’t always needed,” said an Indian official.

Since the February 21 unanimous resolution by the Security Council named JeM as being responsible for the Pulwama attack and talked about nailing the perpetrators, India and its allies decided to nail Azhar rather than get into peripheral issues, the officials said.

The sense of triumph among Indian diplomats was reflected in a tweet by Syed Akbaruddin, India’s permanent representative to the UN: “Big, small, all join together. Masood Azhar designated as a terrorist in @UN Sanctions list. Grateful to all for their support.”

Akbaruddin described the listing as “a good day for those who would like to pursue the approach of zero tolerance for terrorism”. He added it was “a significant outcome because we have been at it for several years”.

“I am grateful to the many many countries who were supportive of this effort. The designating states, that is the US, the UK and France, also several others within the (Security) Council and outside the Council, who came forward without any restraints and supported this Indian effort at not tolerating a terrorist,” he added.

External affairs ministry spokesperson Raveesh Kumar said in a statement that the designation of Azhar “is a step in the right direction to demonstrate the international community’s resolve to fight against terrorism and its enablers”.

Indian officials said China had been forced to choose sides on the issue of terrorism and there will now be more pressure on Islamabad to crack down on terrorists operating from its soil.

A statement from China’s foreign ministry spokesperson Geng Shuang said all designations of terrorists should be done in “an objective, unbiased and professional manner and based on solid evidence and consensus among all parties”. He added, “Recently, relevant countries revised and re-submitted the materials for the listing proposal to the 1267 Committee. After careful study of the revised materials and taking into consideration the opinions of relevant parties concerned, China does not have objection to the listing proposal.”

The “proper settlement” of the issue of Azhar again showed that in international counter-terrorism cooperation, parties have to uphold rules of the relevant UN body, “resolve differences and build consensus through dialogue, and prevent politicising technical issues”, Geng added.

The statement also contended Pakistan had made “enormous contributions to fighting terrorism” and Beijing will continue to support Islamabad’s efforts to combat terror.

Azhar formed JeM on his release from prison in India in 1999 in exchange for 155 hostages on an Indian Airlines flight that was hijacked to Kandahar in Afghanistan by Pakistani terrorists. The UN Security Council listed JeM as a terrorist group in October 2001 for its links with al-Qaeda and the Taliban.

However, experts have questioned Pakistan’s enforcement of listing measures imposed by the UN’s 1267 Sanctions Committee on other terrorist leaders such as Hafiz Saeed, the founder of Lashkar-e-Taiba (LeT). Saeed was designated a global terrorist by the UN shortly after the 2008 Mumbai attacks and the US has offered a $10 million bounty for him, but he continues to operate freely, raise funds and recruit members for his group.

The first proposal to list Azhar at the UN was moved by India in 2009, and the second was moved by India with the support of the US, the UK and France in 2016. France, the US and the UK moved the third proposal in 2017 and the fourth one earlier this year. They were all blocked by China, a veto-wielding permanent member of the Security Council.

Wang Dehua, South Asia expert at the Shanghai Municipal Centre for International Studies, described the listing of Azhar as a “fruit” of last week’s meeting between India’s foreign secretary and his Chinese counterpart.

“This is a win-win situation for both sides in counter-terrorism cooperation, which is not only beneficial to Indian national stability and to promote the peace process between India and Pakistan, while signifying solidarity of SCO members. It will have a very good impact on Sino-Indian ties,” Weng said.