Srinagar / Jammu and Kashmir as safe as any other place in India: State tourism chief 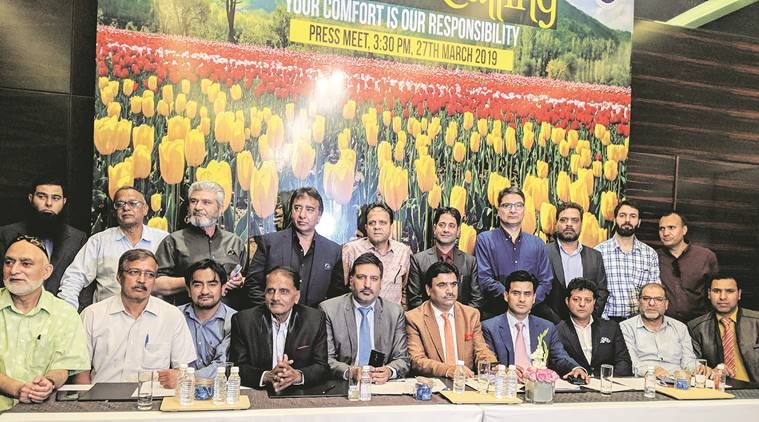 Nisar A Wani, director of tourism, Jammu and Kashmir, has assured that the department will take measures to ensure the safety of all tourists during their visit to the state, one of the most popular tourist destinations in India.

Kashmir sees a major influx of tourists during the summer season, when schools are on vacation, and Maharashtra is among the states that send the maximum number of tourists in April and May. This year, however, there was speculation about tourist activity in the state being hit in the wake of the Pulwama terror attack on February 14, due to concerns about safety.

Wani, who was in Pune along with 30 other members of the J&K Tourism and Travel Agents Society of Kashmir (TASK), said, “Jammu and Kashmir is as safe as any other place in India. We welcome tourists and will ensure that their trip is a memorable one. No tourist should be concerned anymore about their safety, as we are back to hosting tourists post the Pulwama attack”.

Members of TASK decided to tour various parts of India, and assure tourists that it was safe to visit the Valley, after the number of visitors declined sharply over the last one month. They started with a visit to Mumbai and will also cover Chennai, Bengaluru and Ahmedabad during their tour.

Wani said that security in Kashmir will be heightened for the forthcoming Lok Sabha elections, “but that will not affect tourism in any way…”. He emphasised that the state was also safe for women travelers and a dedicated police team was working towards ensuring the safety of the lakhs of tourists who visit. “We have a nodal officer who can be contacted in case the tourists face any kind of hassle,” he said.

Outlining the reasons that, in his opinion, could have affected tourism last year, Wani said, “On many occasions, the local weather poses a challenge, making it difficult for visitors to plan a trip. Similarly, travel expenses shoot up due to high prices charged by airlines. The introduction of GST also had an effect on the number of tourists in J&K.”

Tour operators from Kargil and Ladakh said every time there was unrest in Kashmir, tourists even skipped these regions. “Drass, Kargil and Ladakh have plenty of beautiful places to offer to tourists. But we have seen that when there is unrest, the tourists do not stay back to visit Ladakh. We urge the government to address this matter,” said a tour operator.