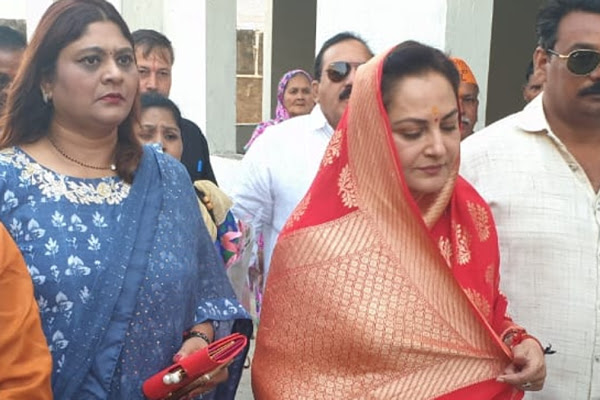 Jaya Prada has represented Rampur (Uttar Pradesh) twice in past. She registered victories during 2004 and 2009 elections on Samajwadi Party ticket.

Azam Khan and Jaya Prada are allies turned bitter foes. Jaya Prada was caught in faction wars within Samajwadi Party and was considered to be part of Amar Singh camp.

This time, she will fight against Azam Khan who is contesting Lok Sabha elections for the first time.

Azam Khan and Jaya Prada have traded barbs in past. Azam Khan has even made sexist remarks against Jaya Prada. When Jaya Prada likened Khan with Alauddin Khilji, the SP leader called her a "naachne wali".