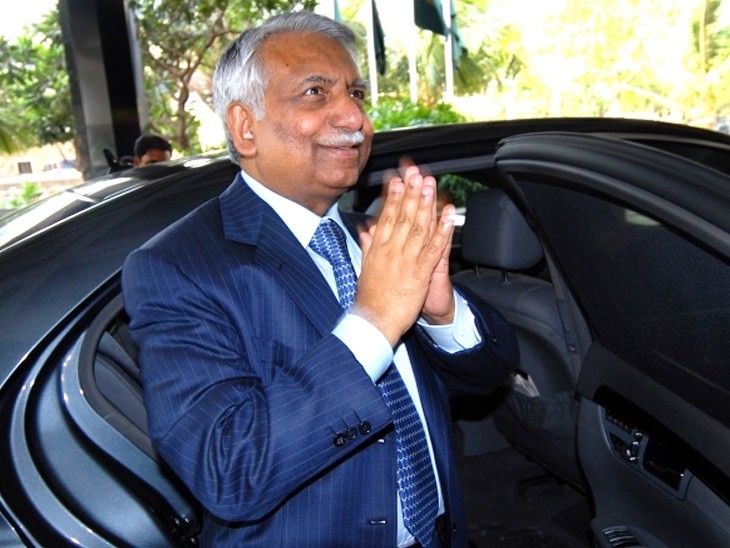 Jet Airways founder Naresh Goyal and his wife Anita Goyal have stepped down from the board of Jet Airways after a board meeting was held on Monday.

The airline's CEO Vinay Dube will continue in his position and has been tasked with guiding the company out of the crisis situation.

A formal announcement will be made after the airline notifies stock exchanges after market closing.

Soon after Goyal stepped down from the airline's board, Jet's stocks jumped over 15 per cent at the time of writing this report. This is the biggest gain for the airline since January 14.

According to reports, Etihad's stakes in the company will be halved from 24 per cent to 12 per cent while Goyal's stake will be reduced to 25.5 per cent from the existing 51 per cent.

The decision paves the way for lenders, led by the State Bank of India (SBI), to invoke some of Goyal's shareholding and rescue the airline on an immediate basis.

It is likely that the lenders will take over more than 50 per cent of the airline's stake and convert its debt into shares.

This marks the road to recovery for the airline but experts indicated that there is a long way to go before the airline can recuperate from its losses.

Experts also made it clear that the airline needs a swift capital infusion to stay afloat.

At present, Jet Airways is operating with just 41 planes out of its fleet of 119 planes after failing to repay rentals.

The airline is also on the verge of losing hundreds of pilots who are on the lookout for new opportunities after Jet failed to pay their salaries since December.

While Jet stocks zoomed after Goyal's exit, banks now have a huge challenge to infuse funds to the ailing airline and also to find a new buyer for it within the next few months.