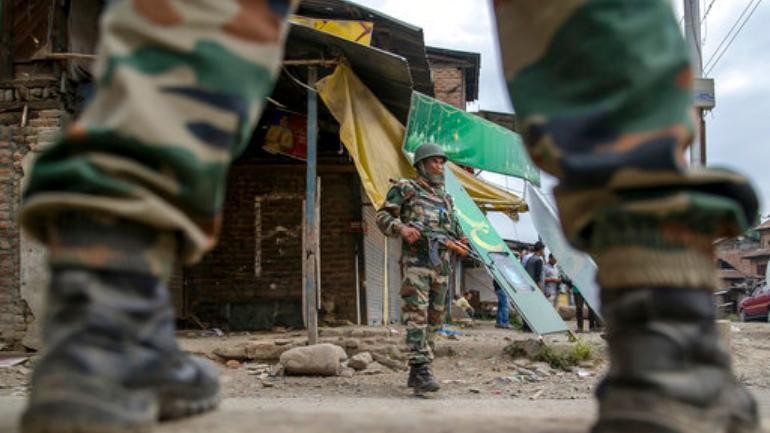 Thursday night at around 9:00 pm, the contingents of Army's 22 RR, 92 battalions, Central Reserve Police Force (CRPF) and SOG launched a cordon-and-search operation at Khanu-Babagund hamlet in Langate. Two terrorists were killed in an overnight encounter at Babagund village of Langate, Handwara in north Kashmir's Kupwara district. The bodies of the slain have been recovered from the spot on Friday morning.

Earlier, on Thursday night at around 9:00 pm, the contingents of Army's 22 RR, 92 battalions, Central Reserve Police Force (CRPF) and SOG conducted a cordon-and-search operation at Khanu-Babagund hamlet in Langate.

Reports said that the forces had also installed lights to prevent the terrorists from escaping in the darkness of the night. As of now, there is no information on which group the terrorists were affiliated with.The gunfight broke out at around 1:00 am soon after the joint team of forces intensified the searches and fired some warning shots towards the suspected spot, they said.

A police officer said that two militants were killed during the course of the gunfight. "The identities of the slain and their group affiliation are being ascertained, he added.

The officer said that security forces are still conducting a combing operation in the region.

Meanwhile, a civilian was also injured today after Pakistani troops violated ceasefire across the Line of Control (LoC) in Uri sector of Jammu and Kashmir. He was taken to a nearby hospital for treatment.

According to reports, Pakistani troops fired on Indian posts and villages in Kamalkote area of Uri in Baramulla district on Thursday evening, according to people who spoke to news agency PTI.

The sources confirmed that the intermittent firing continues throughout the night. Indian Army had also responded immediately to the firing from the Pakistani side, confirmed sources.