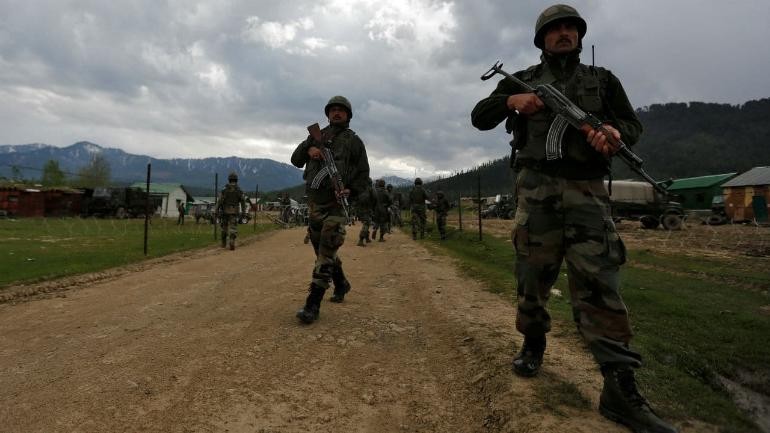 One militant and an overground worker (informer) of the militants were killed in an encounter between the security forces and terrorists in Shopian district of Jammu and Kashmir on Monday morning.

According to the police sources, the encounter began after a patrol party of the Rashtriya Rifles was fired upon by militants in Chitragam village of Shopian district.

The fire was returned which resulted in a brief shootout between the terrorists and the militants.

"A patrol party of Rashtriya Rifles was fired upon today [Monday] by militants travelling in a vehicle in Chitragam village of Shopian district. The fire was returned resulting in a brief shootout in which one militant and an OGW were killed," police said.

The militants have been identified as Firdos Ahmad Bhat and Sajad Ahmad Dar (OGW). Both were residents of Kulgam in Jammu and Kashmir.

Following the encounter, Internet services were suspended in Kulgam.