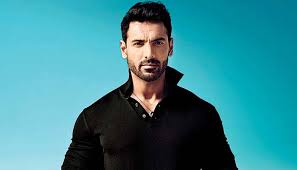 Bollywood actor John Abraham, who was rumoured to be headlining the sequel to Aamir Khan’s hit Sarfarosh, will not be a part of the new project, fresh reports suggested Wednesday. John had announced last year that he will step into Aamir’s shoes for the sequel. Director John Mathew Matthan, who directed the first film, is also helming the new one. The 1999 film also starred Sonali Bendre and Naseeruddin Shah in important roles.

A Mid Day report quoted a source as saying, “The actor was in touch with Matthan over the past several months as he was developing the script. The two were said to be co-producing the film. However, the economics of the project is not working out, which is why it hasn’t gone on floors yet. On his part, John has committed to other films. He is currently shooting for Anees Bazmee’s Pagalpanti. From July, he will start work on Rensil D’Silva’s yet-untitled drama revolving around bike racing.”

Abraham’s spokesperson confirmed John won’t be a part of Sarfarosh sequel and told the tabloid, “We were in discussion with John Matthan for Sarfarosh 2. But things didn’t work out. We wish the best for the project.”

John had earlier said, “I was more than happy, and then I decided to produce it, too. I had a lot of faith in John. However, I didn’t chat with Aamir. John and he have been talking. I am sure he’s got Aamir’s blessings to do this. Aamir is someone I am deeply fond of, and I’m a big fan of his. It’s an honour to be stepping into a role that has such a big history.”Claiming he never finalised any actor, director Matthan told Mid Day, “I never confirmed that John is doing my film, nor did I mention any other actor’s name to the media. I am not aware of what he has said. We were in negotiation, but, as of now, nothing has materialised. I am currently giving the finishing touches to the script. Only once we sign someone will I be able to comment on the casting.”

Aamir played ACP Ajai Singh Rathod, an honest cop who is on a mission to bust a gang involved in the smuggling of illegal weapons across the India-Pakistan border. It was also a commercial success.

Last seen in Romeo Akbar Walter, John is currently preparing for his next bike racing movie, and also has Paagalpanti and Batla House in the pipeline.